Retiring in the Philippines

Retiring in the Philippines offers several advantages that can be capitalized on, such as its warm climate, caring and friendly people, low cost of living, natural tourist attractions, fantastic beaches and outstanding scuba diving and snorkeling.

The Philippines is the only English speaking country in Asia. It has a culture known for its hospitality, beautiful beaches and warm and friendly people.

You can experience a high quality standard of living for a very low cost. And that means with loyal live-in maids and helpers, cheap taxis, fine rental homes in quality neighborhoods with reasonable rents.

The Philippines and Cebu have a wide range of entertainment from exciting nightlife to golf, international restaurants to stunning resorts beyond compare. There is always a colorful Fiesta, pageant, street festival, and open public events going on. 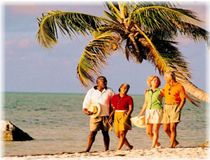 Lush with bountiful natural resources, retiring in the Philippines gives you the chance to enjoy the numerous beaches, resorts, golf courses, and play just about any sport, except skiing. Scuba diving, snorkeling and fishing are among the sports which draw the most number of expats to the rich aquatic offerings.

Cebu has many intangibles to bring you joy for no money at all when retiring in the Philippines. Ask any of the expats (expatriates) living in Cebu.

On a $1,000 a month in some places you will feel like a millionaire and be treated as one, a strange experience for some. Depending on your comfort level, it's possible to live in a small city or town and have a good life on as little as $600 per month.

If you like eating out, there are KFC, McDonalds, Pizza Hut and other fast food chains. You will also find excellent world class, upscale but inexpensive, international restaurants.

You will likely have more expat close friends here than in your hometown since they tend to meet regularly and form a rather close bond.

Cebu has almost all of the amenities found in a large American City and far more than small town America. Anything you can find and buy in the U.S. you can buy here. ATM machines, cable TV and an internet connection makes you feel right at home. And in Cebu, violent crimes against expats are rare.

A lot of expatriates have been dumbstruck by the hypnotic lure of the Philippines. That's nothing new, though.

The islands have attracted retirees since the first American GIs set foot here during the Spanish American War in 1898. It continued to entice them to stay -- even after U.S. forces started pulling out in 1991 following the Mount Pinatubo eruption.

Today there are thousands of Americans, Europeans, Canadians, Australians and others retiring in the Philippines. Catch them on any given day and most will say they'll never leave. What draws them? One of the reasons is the low cost of living.

For example, as of 2012, a good meal costs about $3.50. Haircuts are $1.50 and movie tickets $3-4. An ice-cold beer to chase away the tropical heat is $1. While a root canal is about $50. Car insurance can be as little as $70 a year. And a ride across town in one of the colorful "jeepney" buses that abound is less than a dime. Rent for a three-bedroom home might be less than $300 a month. Add to that the cost of utilities and fees for a gardener and maid and it might be less than $400 a month. Not a bad deal for retiring in the Philippines on a fixed income.

Most of the retirees love the lifestyle. And they can live on their retirement pay and not have to work. A pension or social security check is pretty good money over here. You might not be rich, but you can live well.

For most retirees its the kind of life they have always dreamed about. No cold weather to stiffen up old bones. Feeling safe and respected by the locals. Warm, sunny beaches and a slower lifestyle for you to enjoy.

The Philippine Retirement Authority (PRA) has developed several different packages for retiring in the Philippines.

The agency works to make the Philippines a premier retirement site for retirees who will eventually consider the country as their second home.

The agency is using the tagline "Smile at Life in the Philippines" and is attracting retirees from around the world. They offer a special retirement visa called the Special Resident Retiree’s Visa (SRRVisa).

As long as you do not intend working or running a business in the Philippines, retiring in the Philippines is also possible on a tourist visa, and many do; especially those who either do not want or qualify for a retirement visa.

It costs about $20 per month to stay on a tourist visa, and you can do it indefinitely provided you leave the country for at least one day, once a year.

Though you are officially a tourist, you have effectively retired in the Philippines. For the annual trip there are several options, such as spending a few days making a trip to Hong Kong, Singapore or Thailand. Package deals are available costing less than $300.

Marriage to a Filipino citizen allows you to live retired in the Philippines as a Resident Immigrant without the above limitations, other than an annual visit to an immigration office.

• Retire to the Philippines First 'Expat Focused' Retirement Island
Tablas was initiated with the goal of providing a first class retirement community...

• Living in the Philippines
The many beautiful attractions and residents will make your stay worthwhile...