The Department of Tourism (DOT) announced that nine destinations will host the first World's Strongest Man (WSM) in the Philippines, as the DOT bids to embed the country as an emerging sports tourism hub in Asia.

The DOT is the lead agency that facilitated the hosting of WSM to boost sports tourism, particularly in the locations where the competition events will be staged.

Various WSM events will simultaneously take place for nine days in different locations in and outside Metro Manila, starting April 28, including four qualifying days from April 28 to May 1, three rest days, and two days for the finals on May 5 to 6.

DOT Undersecretary Kat De Castro said there will be at least 30 participants vying for the 41st WSM championship, which involves a course of 16 events, including truck or airplane pulling, carrying a refrigerator, lifting an Atlas stone weighing over 1,000 pounds, and lifting huge logs. 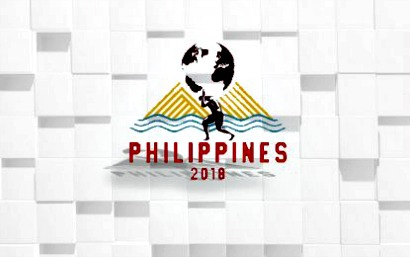 “The competition is about stamina, skill, tactics, training and strategy. Every event is designed to push the strongmen to their absolute limits, challenging not only their physical strength, but their agility and mental toughness too,” De Castro said.

De Castro noted that the Filipinos’ passion for competition is drawing more and more international sports events being held in the country, like the recent Ironman triathlon in Davao City.

British strongman Eddie Hall will defend the WSM title he won last year in the Republic of Botswana in South Africa. The 30-year-old Hall posted a world record deadlift on a 1,020-pound long bar.

The WSM, started in 1977 by CBS Television, is a top-rated series in the United Kingdom shown annually in December, during summer in the United States, and televised in over 70 countries.

A delegation of French tourism professionals will visit Manila and Cebu City to lead a three-day spiritual tourism road show this month.

French Ambassador to the Philippines Nicolas Galey said Wednesday that the mission, to be held on April 23-26 in partnership with Atout France, reflects the importance of the tourism industry in France and its keen interest to build cooperation with tourism stakeholders in the Philippines.

Galey said Asian travelers now play a "significant role" in the French tourism industry, "and indeed, Filipino visitors would have a huge influence on Asian arrivals to France in the next decade.

He said this kind of promotion on pilgrimages seeks to plant fruitful seeds into the market and maintain France’s position as the European destination of Filipino travelers.

In an effort to increase the number of Filipino tourists in France, the French Embassy in Manila implemented the delivery of visas in 48 hours less than a year ago.

Recognizing the continuously rising importance of the Philippines as a market in Asia, Atout France Region Director for ASEAN, Morad Tayebi, said the road show wouldbe part of a "very ambitious action plan" for the Filipino market.

"In the past six months, we have organized three familiarization trips to France for about 40 Filipino travel agents to have a meaningful experience of French destinations," Tayebi said.

"The goal for these agents was, of course, to earn enough knowledge to create innovative packages and so, quench the wanderlust of Filipino travelers craving for unique experiences,” he added.

France offers a wide variety of touristic experiences, and it is this diversity that has made France the top tourist destination in the world, with 88 million visitors last year, said Galey.

While Philippine tourist arrivals is quite far from France's figures, the Department of Tourism is also promoting various tourism products, such as farm and sport tourism, and this year's newest, faith-based tourism. (PNA)