For the first time in the 15-year history of the South Cotabato’s T’nalak Festival, the traditional T’boli canoe finally takes a spotlight in the form of a banca racing competition

The competition dubbed as “Se Kuya Owong” featuring the traditional wooden Tboli canoe was held at Lake Sebu, the largest of the three lakes in Lake Sebu town on Sunday, July 13.

In addition to giving emphasis to the tribal instrument, the Tboli canoe racing also highlights the importance of environmental protection, said Engr. Siegfred Flaviano, acting chief of the Provincial Environment and Management Office and event coordinator.

“We organized this event to give emphasis to the Tboli canoe, which is unique to the culture South Cotabato,” said Flaviano.

“T’nalak is a celebration of the culture of South Cotabato and the boat is part of the indigenous culture of the T’boli tribe. This led Gov. Daisy Avance Fuentes to initiate such an event that could be held outside of the primary venue in Koronadal City,” he explained further.

Carved out of an entire trunk of a tree, usually Red or White Lauan other indigenous hardwood species, the Tboli canoe does not have an outrigger (the part – usually bamboo -- attached to the boat to prevent it from turning over). It also has a specific length of 6 to 6.5 meters. 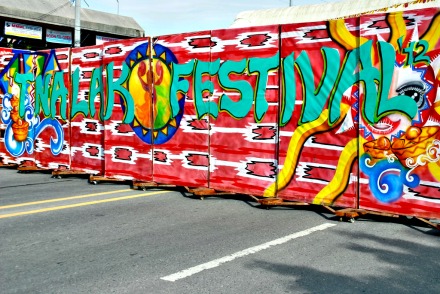 Locals use the canoe as a means of transportation from the islets with the lake (Lake Sebu has 12 islets, some of which are unpopulated.) to the town center and neighboring villages and vice-versa. Children from the islets use canoes in going to school.

It is also an important implement to the freshwater fishing industry, a major economic activity in the area.

At its inaugural staging, 15 pairs of local boatmen joined the contest.

Flaviano also noted that the traditional canoe racing is also meant to push the provincial government’s advocacy to rehabilitate and protect the lake, a prime ecotourism destination in South Cotabato and SOCCSKSARGEN Region.

“Through the traditional Tboli canoe racing we should be able to inculcate among local residents that they need to protect the lake,” he said.

Considering the success of the maiden race, Flaviano said organizers are already planning for several improvements to the contest in the next T’nalak Festival.

These could include staging a race similar to the Dragon boat competition as well as contest on canoe designing.

Before its debut at the T’nalak Festival, the traditional T’boli canoe racing was only feature of the town’s Helubong Festival and patronal fiesta.

He is confident “these events could help promote the municipality of Lake Sebu (as a tourist destination).”

Some 184 cyclists raced around the Lake and passed by the Seven Falls Zipline adventure site. ( Danilo E. Doguiles/-PIA 12)