Ecotourism projects aimed to protect endangered marine species and help sustain community-based tourism enterprises are being developed on Turtle Islands, one of the world’s major nesting sites of marine turtles and located in the country’s southernmost frontier.

Situated at the tip of Tawi-Tawi province, the group of islands is starting to attract local and international tourists being a wildlife sanctuary and the only major natural nesting ground of green sea turtles (Chelonia mydas) in the whole ASEAN Region.

Turtle watching lounges, elevated wooden boardwalks, and several wooden cottages are among the ecotourism facilities that are considered on the islands of Taganak, Bakkungan and Baguan, three of the six major islands that comprise the municipality of Turtle Islands.

The wooden boardwalks and turtle watching lounges will protect the green sea turtles from tourists who visit the islands to watch the amphibians lay their eggs at night. The facilities will also allow watchers to observe this rare experience without bothering the nesting creatures.

“Through these initiatives, the residents of Turtle Islands can earn sustainable livelihood by promoting this famous attraction, while ensuring the protection of the endangered species and their nesting sites,” said Luwahati Antonino, chair of the Mindanao Development Authority.

At present, there are only 10 remaining nesting sites of marine turtles across the globe. The critical decline of the world’s population of marine turtles prompted the International Union for Conservation of Nature and Natural Resources to declare all of marine turtle species as endangered.

“A P30 million budget for the ecotourism projects was already secured for area, with around P28 million to be sourced from the Tourism Infrastructure and Enterprise Zone Authority (TIEZA),” announced Antonino, who went to the islands for an ocular visit last month.

The ecotourism projects on the Turtle Islands are part of the Brunei Darussalam Indonesia Malaysia the Philippine East ASEAN Growth Area’s (BIMP-EAGA) environment programs endorsed through the environment and ecotourism pillars of the sub-regional economic grouping. ​

“This is one of our major initiatives within the Greater Sulu-Sulawesi Corridor, a development priority under the BIMP-EAGA, covering the Sulu-Sulawesi marine eco-region which aims to conserve and protect the area’s marine biodiversity,” she said. 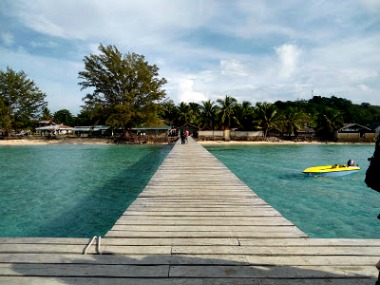 As the municipality of islands sees a steady increase of local and international tourist visits in the recent years, the local government also advocates for appropriate tourism facilities that will not only attract tourists but also encourage the locals to take part in protecting the resources. ​

“Tourists visit us to witness marine turtles lay their eggs or watch the hatchlings struggle out of their nests and make their way to the sea. We need the appropriate facilities that will not only accommodate our tourists, but also ensure the safety and protection of the turtles and their nesting sites,” said Tawi-Tawi Governor Sadikul Sahali. ​

He added that they are looking into developing ecotourism packages for tourists once the necessary facilities are in place. Some of the viable activities include scuba diving, island hopping, swimming, and local community visits. ​

“Through these tourist arrivals, we want to secure a sustainable means of livelihood for our people, and also ensure that our natural resources are well-preserved and protected,” said Sahali. ​

He added that the eco-tourism projects lined up for the islands are consistent with the Ecotourism Framework Plan of the Municipality, which ensures that none of the facilities and activities are destructive to the area’s ecology. ​

In 1996, an agreement was signed between the Philippines and Malaysia declaring the islands as the Turtle Islands Heritage Protected Area or TIHA, making it as the first transboundary protected area in the world. ​

As a major nesting ground of marine turtles, the islands are visited annually by more than 2,000 nesters primarily of the green sea turtle species, with a number of hawksbill turtle (Eretmochelys imbricate) also nesting in the area. It is home to 34 avian species, 27 coral species, 128 fish species, 62 species of marine flora and other wild animals such as fruit and field bats and several reptiles. ​

The Department of Environment and Natural Resources established the Pawikan Conservation Project in 1979 as a response to conserve the country’s dwindling marine turtle population. (MinDA/PIA-Caraga)