The Philippines' leading airline, Cebu Pacific (PSE: CEB) keeps its lead in the Manila-Sydney route, capturing the largest market share for both passenger and cargo services as of April 2017.

CEB is the only Low Cost Carrier flying between Manila and Sydney, Australia.

Data from Australia's Bureau of Infrastructure, Transport and Regional Economics (BITRE) showed that CEB flew 16,441 passengers in April alone, representing 41.8% of the total market share for the Manila-Sydney route, the highest among the three carriers flying this route.

This brings the total number of passengers flown by CEB to 59,953—representing 41.7% market share. Its closest competitor, on the other hand, captured 33.5% market share. Load factor for CEB for the Manila-Sydney route was at an average 80% for the first four months of 2017. 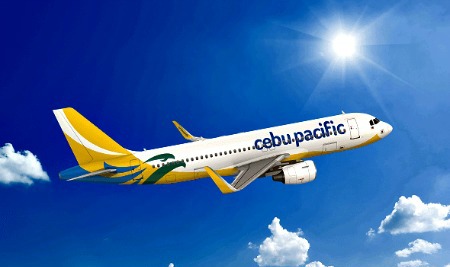 "Since opening the Sydney route in 2014, we are proud to have contributed to the growth of trade and tourism between the Philippines and Australia, through the introduction of year-round low fares that are affordable and accessible to practically everyJuan.

Today, Sydney is one of the top international routes in and out of the Philippines. The strong growth of our Manila-Sydney route bodes well for our future expansion plans in the Australian market," said Atty JR Mantaring, Vice President for Corporate Affairs of Cebu Pacific.

BITRE, an agency under the Department of Infrastructure and Regional Development of the Australian government, "provides economic analysis, research and statistics on infrastructure, transport and regional development issues," according to its official website (https://bitre.gov.au/).

The bureau holds data and statistics on the aviation industry.

Cebu Pacific currently offers the most number of seats between Manila and Sydney, operating up to five weekly nonstop services between Sydney and Manila, departing every Tuesday, Wednesday, Thursday, Saturday and Sunday from Sydney at 1135am and arriving Manila at 550pm.

The flights from Manila to Sydney, on the other hand, depart at 1205am and arrive Sydney at 1005am. The airline had recently expressed interest to increase frequency between Manila and Sydney, noting strong demand for this route.

Cebu Air Inc. is the largest carrier in the Philippine air transportation industry, offering its low-cost services to more destinations and routes with higher flight frequency within the Philippines than any other airline. It also offers flights to over 60 destinations including Dubai, Tokyo, Beijing, Bali and Sydney.