For two successive years, Subic Bay Freeport is the No. 1 destination in Central Luzon as visitor arrivals here breached the one-million mark in 2013 and 2014.

The Freeport, in a certificate from the Department of Tourism (DOT) - Region III, was cited for having “consistently topped the list of most visited places in the region for two consecutive years”.

DOT regional director Ronaldo Teotico said that Subic “obtained the highest number of regional travelers, both local and foreign, in the entire Central Luzon region from 2013-2014 based on reports submitted by accommodation establishments in all the seven provinces and two special economic zones in the region”. “We are very much elated by this development. It speaks well not only of the efforts of our tourism team and the rest of our agency, but also of the support and cooperation of our tourism stakeholders and the entire Freeport community,” Subic Bay Metropolitan Authority (SBMA) chairman and administrator Roberto Garcia said.

Garcia said that aside from being the No. 1 destination in the region, Subic has continued to live up to its title as “Premier Convention Capital of Central Luzon”, which was bestowed by the DOT in 2012.

“The number of conventions here has grown by 150 per cent from 2013 to 2014, with a corresponding increase of 94 per cent in the number of participants for the same period,” he said.

Subic also enjoyed the highest hotel occupancy rate in Central Luzon at 69 per cent last year, compared to the regional average of 62 per cent. 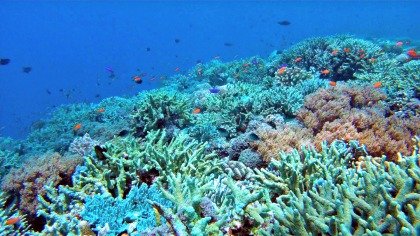 American travel website company TripAdvisor.com has awarded the Tubbataha Reefs Natural Park (TRNP) the prestigious certificate of excellence for consistent great travel reviews posted by travelers all over the world.

According to the Tubbataha Management Office (TMO) headed by Angelique Songco, the certificate of excellence makes the world-known marine park as winner this year of the travel superiority award due to a number of reviews posted by tourists, who have gone to the site off Cagayancillo town in Palawan.

The certificate was signed by Stephen Kaufer, president and chief executive officer of TripAdvisor.

The TMO thanks all its visitors for the positive reviews they posted about their experience in Tubbataha.

Many of the reviews actually mentioned Tubbataha as one of their favorites and one of the best sites they have visited.

The TMO shares the award to the dive operators, who are in the frontline of tourism activities in Tubbataha, for keeping the standard of live-aboard and diving services above par.

The TRNP is an underwater nature reserve that “is considered both a mecca for scuba divers and model for coral reef conservation.”

It is a 97,030-hectare Marine Protected Area (MPA) in Palawan, the westernmost Philippine province. It is located 150-km. southeast of Puerto Princesa City, at the heart of the Coral Triangle, the global center of marine biodiversity. (PNA) Celeste Anna R. Formoso lam/eds