Beyond the rustic simplicity of Buguey, Cagayan's former biggest barangay, Barrio Namunit, is a sleeping tourism gem waiting to be polished so as to shine on its own.

In the early 1950s, the tranquility of the Barrio Namunit became a thing of the past when loggers from other provinces in Luzon started to ravage its forest of high-priced timbers. Unknowingly, the activity spurred the development of present-day Sta. Teresita town.

Sta. Teresita is historical as the mouth of its river in Barangay Mission was believed to be the landing site of Spanish conquistadores in 1557 led by Juan De Salcedo.

Such historical data is now the pursuit of a research of this writer after he read in another history book that Salcedo actually did not enter the land. This writer has argued that it would be wrong to say that Salcedo landed in Barangay Mission (then a part of Buguey) if he simply stayed on his ship and commanded instead his men to negotiate with the natives.

Other historical account discloses that when the men of Salcedo landed near Barangay Mission, the natives who could not understand the invaders mistook the gesture of the new arrivals as akin to an invitation to a fight.

It was at this point, so claimed the account rejected by the majority of Cagayanos, that Salcedos' men fled back to their ship. Such claim of earlier historians are now the subject of debates among researches.

But whether or not the account is true, the fact remains the same that Sta. Teresita, despite its being the smallest and youngest town in the province, is on its way to prosperity.

Time has finally come, as Sta. Teresita residents love to say, that the local government leadership has made a dramatic turn-around to make the town an important eco-tourism destination in Northern Luzon.

For centuries or for as long as the residents remember, Sta. Teresita's 224-hectare Bangalau Lake, now home to more than 29 migratory bird species, has played a significant role in the ecological balance of north-eastern Cagayan.

According to Nida Dela Cruz of the Sierra Madre Outdoor Club (SMOC) who, together with club president Ancis Battung and the rest of the local volunteers, conducted an assessment recently, Bangalau Lake has been prominently called Laguna De Cagayan in an old Spanish map.

The SMOC, which pioneered mountaineering in north-eastern Philippines in the 1980s, said that there are at least 29 migratory bird species documented when the group first visited the area. 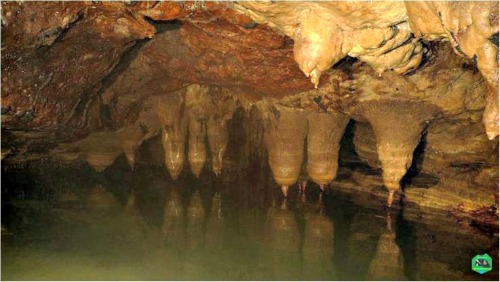 Virginal by any environmentalist's standards, Bangalau is now the toast of the local government unit (LGU)of Sta. Teresita, the Department of Tourism (DOT) , the SMOC, and even the members of the local media now go ecstatic over the discovery.

Mayor Lolita Garcia, admitted that prior to the full-blast promotional campaign for the lake, the town offered no other product except the usual rice and corn.

Eco-tourism will definitely be our One Town One Product commodity, Garcia told Cagayan media during the recent Tipon-Tipan Goes to LGU radio and television program of the Philippine Information Agency Region 2.

Unfazed and coupled with a strong determination to finally tap its gifts of nature, the LGU has worked overtime if only to ensure a successful staging of the festival, now calendared as part of DOT's events of national significance.

Bangalau has more tourism aces than the SMOC, the DOT or the LGU could ever imagine. For one, it is only a few meters away from the so-called superhighway which crosses the Lal-lo International Airport leading to the Cagayan Economic Zone Authority in Sta. Ana town.

The lake is within anybody's reach as it takes only about 15 minutes ride from Sta. Teresita town proper to reach the right corner of the super highway leading to the lake and another ten-minute hike from the super highway to the dock.

You are easily greeted by the dominant bakong (hanguana malayana) with its prominent long and wide leaves is now the focus of a special research of the DTI for whatever commercial purposes it may provide the Cagayanos.

The lake is not the only attraction of the town. Sta. Teresita is also home of beautiful caves of varied sizes, depth and length that one may think the Creator has poured all His masterpieces in only one place.

To quench the reader's curiosity, Sta. Teresita's caves include the Susong Baket" Cave, Tabaco Cave, the Karkarato Cave, the Maquera Cave, the Marciano Caves and of course, the Bangalau Caves.

For the 1st National Eco-tourism Festival, Garcia assures potential visitors and guests that various activities have been lined-up to satisfy the most discriminating environmentalist or eco-tourism enthusiast.

You can get to Sta. Teresita town from Manila through the Aparri-Sta. Ana bound air-conditioned buses in Sampaloc, Manila and Cubao, Quezon City or by plane only up to Tuguegarao Domestic Airport. From the airport highway, you can flag down a van going to the town, which is the third to the last town in north-eastern Cagayan.

Meanwhile, Sta. Teresita's eco-tourism is expected to get a significant boost with the opening of the Northern Cagayan International Airport this year in nearby Lal-lo town.

There are no hotels at the moment in Sta. Teresita but this limitation is no longer a problem after Garcia asked the DOT for a three-day homestay training/ seminar for homestay operators in the town. ( Benjie S. De Yro/PIA 2, Cagayan)