South Cotabato province’s famed lakes Sebu and Holon have been shortlisted in the 2016 search for the global “Top 100 Sustainable Destinations.”

Nelly Nita Dillera, Department of Tourism (DOT) Region 12 director, said Thursday they received confirmation that the two lakes, which are currently among the top ecotourism destinations in the region, have been included among the finalists in the search.

Lake Sebu is located in Lake Sebu town while Lake Holon, which is a crater-lake nestled atop Mt. Melebingoy, is in T’boli town.

She said the two destinations were earlier nominated to the search by local tourism stakeholders.

The search, which which promotes “responsible and green tourism,” is the follow-up to National Geographic Traveller’s destination stewardship surveys from 2004 to 2010, and the 2014 Sustainable Destinations Global Top 100.

Organizers said it is supported by more than 60 organizations and experts in the field of sustainable tourism.

Dillera said officials of Lake Sebu and T’boli will have the opportunity to be conferred as “Green Ambassadors” during the Global Green Destinations Day celebration set on Sept. 27 to 28 in Ljubljana, Slovenia.

She said Ljubljana had been elected as Europe’s “Green Capital” for 2016 and host of the celebration.

“They will be given certificates being part of the shortlist and will have the opportunity to present their tourism pitches to the international media during the event,” she said. 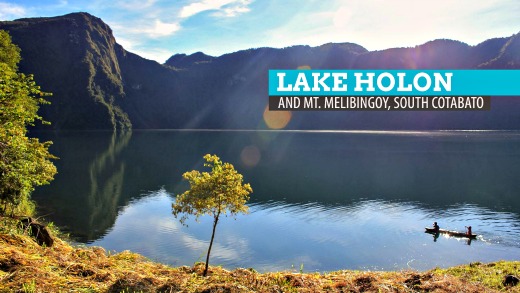 The Department of Tourism (DOT) is targeting to attract 12 million international visitors by the end of the term of President Rodrigo Duterte.

The previous administration failed to reach its target of attracting 10 million foreign tourist by the end of the term of former President Benigno Aquino III. Aquino stepped down from office last June.

The DOT attracted only 5.4 million foreign tourists in 2015.

Teo is optimistic that the agency will reach its target, citing an upward trend in foreign tourist arrivals.

She said at least 2,978,438 foreign tourists visited the country in January to June period, 13 percent higher than the 2,619, 625 arrivals in the first six months last year.

She added that there were 459,138 visitor arrivals in June alone before the Duterte administration took office.

Korean tourists remain to be the top visitors in the country numbering to 686,118 and spending about Php 6.47 billion for the month of June alone, said Teo.

Teo said that despite being endowed with world-class tourist attractions, the Philippines continued to trail behind Thailand, Malaysia, Singapore, Indonesia and even Vietnam in terms of visitor arrivals as of 2015.

The Tourism chief likewise revealed its agency's target of generating 89 million domestic tourists by 2022. Domestic travelers in 2015 were 68 million, she said.

As for revenue target, Teo said tourism industry stakeholders "will collectively work to increase revenues from Php 2.8 trillion in 2015 to Php 3.9 trillion by 2022."

"We must shoot for the stars and maintain an upward trend in terms of visitor arrivals and revenues, for the benefit of all stakeholders,” said Teo. (PNA)RMA/ JMC/AVE/FKA/Jill Russel Beltran