Samar Philippines Tourism Back on Track

Years after the onslaught of Super Typhoon Yolanda that killed thousands and damaged properties, Samar Governor Sharee Ann Tan said she believes the province is back on track with at least a 50-percent increase in the number of its tourist arrivals.

At the launch of Spark Samar in Manila on Friday, Tan said Samar received 118,018 visitors in 2013, the year “Yolanda” battered Eastern Visayas.

Three years later, with continuous effort from the local government unit (LGU) to promote investment and tourism in the province, Tan bared the increase in the number of visitors to 207,709 in 2016.

Samar is promoting various tourism products, such as nature adventure, traditional products including banig weaves, and its food culture – or as Tan put it – the "secret kitchens of Samar". 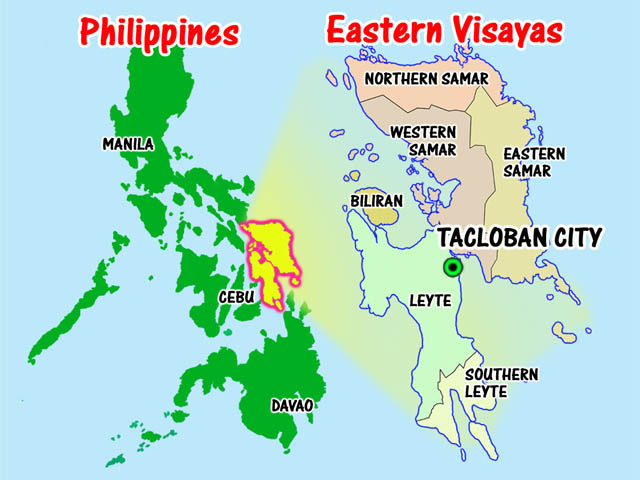 The gastronomical excursion allows guests to learn and savor heirloom recipes kept by Samarnon households -- from the smoking of Calbayog tinapa to the processing of homemade queso.

As part of the Spark Samar Development Agenda, Tan said the famed San Juanico Bridge is also up for an upgrade in the next quarter, with the Tourism Infrastructure and Enterprise Zone Authority's (TIEZA) help to light it up, just like other famous bridges around the world.

"This is a big leap for Samar, the lighting of the San Juanico Bridge, as we are looking for an asset that will not only entice locals and tourists alike but also boast of essentially being an improvement of an iconic national link," she said.

Tourism Undersecretary Alma Rita Jimenez, during the event, represented Tourism Secretary Wanda Tulfo-Teo. In her speech, she extended the tourism department's full support to Samar's initiative to put the province as one of the country's leading tourist destinations.

Places to visit in Samar

The following are sites and activities the Samar government recommends to visitors:

1. The Sohoton Natural Bridge National Park is where the country's largest cave system can be found. The easiest to explore in the park is the Panhulugan Cave. Due to the breadth of the cave network, the provincial government said only a few have been explored up to this date. A 15-minute kayak ride upstream will take tourists through limestone cliffs and other rock formations around the river banks.

2. The Ulot River in Paranas town is where a Torpedo Boat Extreme Ride can be experienced, with tourists riding a uniquely-designed boat that barrels through rapids on a 10.5-km. scenic stretch of the river. For adrenaline junkies, tour guides accompany some visitors in a leap into the gushing waters of Ulot. 3. The Marabut rock formations are also an attraction. A boat ride on the calm and blue waters of San Pedro Bay takes tourists to the Marabut Marine Park where numerous limestone rock formations akin to familiar objects welcome them. According to the LGU, on the rock formations that dot San Pedro Bay's seascape stands a 16th-century lighthouse.

4. The panoramic Lulugayan Falls is a curtain of water spilling into multi-level natural pools. According to the provincial tourism office, travel to the site is only a short trek through a hilly forest up to the Calbiga River and visitors can already swim in the pools, walk through the waterfalls, or relax in the cottages surrounding it.

These destinations are only among a number of nature parks the province has to offer, aside from the festivals and annual events Samar hosts.