The first of its kind surfing competition in Bicol designed to help promote the region’s Tourism Development Areas (TDAs) will open this weekend, the regional tourism office announced.

Dubbed as the First Regional Surf Circuit Competition, its first leg, which will last for three days on Sept. 19-21, is to be held at the Bagasbas Beach in Daet, Camarines Norte, according to Department of Tourism (DOT) regional Director Maria Ong-Ravanilla.

Its second leg will be held on Oct. 16-18 at the Buenavista Beach in Gubat, Sorsogon while the third and last, on Oct. 20-24 at the Puraran Beach of Baras, Catanduanes, she said.

The surfer who earns the highest accumulated points in all three legs of the competition will be declared as champion.

Bagasbas Beach, famous for its long and wide stretch of powdery gray sand, is one of the top surfing destinations in the Philippines with waves that roll in from the Pacific Ocean, making it an ideal spot for surfers of all levels.

It is known to provide exciting barrels that could be experienced by surfers between July and November -- sometimes, all the way to January.

Buenavista Beach is a newly-emerging surfing spot located at the beach breaks of Barangays Ariman and Buenavista of the first-class Sorsogon municipality of Gubat where up to five feet waves occur, also from the Pacific Ocean.

Puraran is an off-the-beaten-path surfing destination where waters offer thrill and adventure reeling with surf, sand and sun, featured as Catanduanes’ tourism icon and noted as among the Philippines’ best surfing spots sitting amid the backdrop of pristine coves and rolling hills.

Separated from the mainland of Bicol by Maqueda Bay and located at the Pacific Ocean, the province is considered one of the promising eco-tourism areas in Bicol owing to its rich ecology and majestic coastal waters that offer exciting surfing and diving sites.

All surfers — beginners, amateurs and professionals - from Bicol have been invited to join the competition and represent their respective turfs as the DOT promotes the region’s TDAs such as the Triple C cluster composed of the provinces of Camarines Norte, Camarines Sur and Catanduanes, Ravanilla said.

The competition, organized by the Bicol Surf Jam, a private group of surfing enthusiasts under the guidance of the DOT regional office, will also be a venue for camaraderie, sportsmanship and excellence in the pursuit of a united community of Bicolano surfers leading to producing world-class talents, she said.

“Since this will be the first ever in the country regional surf circuit, we expect that it will lead to the discovery of Bicol’s most talented surfers and to the recognition of surfing as another tourism product of the region, particularly the Triple C cluster,” Ravanilla said. 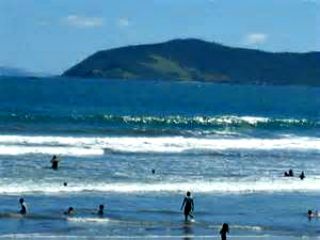 As an alliance of three provinces -- including all cities and municipalities covered, Triple C is one of Bicol’s two TDAs placed by the DOT under its 2015-2020 National Tourism Development Plan (NTDP) that recognizes every part of the region a tourist attraction.

The clustering paves the way for the formulation of strategic directions and programs that would make local tourism products more competitive.

It was formally formed by the DOT and the Bicol Regional Tourism Council (BRTC) late last year through the signing of a memorandum of agreement among governors of the three provinces which ensures the commitment towards working with the private sector into the pouring in of more tourism promotion and development investments.

Improvement of market access, connectivity, destination infrastructure; and enhancement of tourism institutional, governance and industry manpower capabilities, Ravanilla said, are the primary strategies that the BRTC are instituting toward this end.

“Triple C is formed to complement the existing tourism blueprint and with a 15-percent increase in tourist’s arrival every year, we can say that it is possible that we can attract six million visitors to Bicol in 2016. Hence, the promotion of this cluster is very much necessary,” Ravanilla said.

These figures were realized without the Triple C—now called “Gems of the Pacific” for its geographical location along the rim of the Pacific Ocean-- working as a cluster and, Ravanilla said, “how much more now that it is already in place.”

For the CCTL, Caramoan, which lies at the northeastern tip of Camarines Sur serving as a jumping board to Catanduanes, covers Caramoan Peninsula where a group of exotic islets serving as a major ecotourism destination sits.

Catanduanes, on the other hand, is a pearly island in the Pacific that is virtually untouched, unspoiled and unexplored.

It is a promising travel destination owing to its ecotourism wonders, dive sites and sea surfing venues along its long string of palm-fringed beaches backed by jungle-covered mountains and crowned with jewel-like islets.

For the CTC, Camarines Sur has been a long-time tourist destination with its Camarines Watersports Complex and Peñafrancia Festival of Naga City while Camarines Norte is famous for its Bagasbas Beach and Calaguas Islands known for its pristine beaches of long stretch of powdery white sand.

According to Agnes Espinas, the National Economic Development Authority regional director and BRTC vice-chair, Triple C complements the Albay-Masbate-Sorsogon (AlMaSor) tourism alliance, which was formed two years ago, also under the NTDP.

Like AlMaSor, she said, it is expected from Triple C that the collaborative efforts of the three provinces will propel the influx of tourists to in the region by leaps and bounds, with continued drive and exposure, making the potential for growth unbounded. (PNA) RMA/BNB/FGS/Danny O. Calleja/CBD/EDS