QC Vice Mayor Joy Belmonte told reporters in an interview, the department will do an inventory of the city's tourism resources and would implement standards for its tourism-related services.

At the same time, Belmonte cited four major tourist spots in Novaliches district as major contributors in the tourism program development of QC. 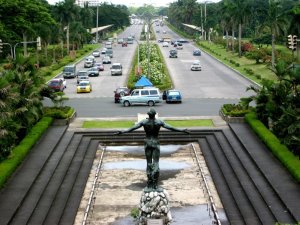 University of the Philippines Diliman

Belmonte has designated actor-comedian and City councilor Roderick Paulate to head the committee that would draft the creation of the ordinance creating the new department.

“We will make an inventory of the city's tourism resources, accredit and standardize our tourism-related services, assess and develop our tourism investment potential, create a high quality international image, identify and develop tourism zones, as well as initiate high-profile events," Belmonte said.

She said they have set the goal of making Quezon City the main tourist destination in Metro Manila.

Among the tourist spots mentioned on the city government website are:

• University of the Philippines Diliman campus

All major Philippine television networks and radio stations have their headquarters in the city.

The city also boasts of popular malls, department stores and commercial and concert areas, foremost of which is the Araneta Coliseum in Cubao. (PNA)