Pilipino: The Filipino People and the Philippine Language

The term Filipino refers to the word Pilipino - the language and the people. The word Filipino originated from the Spanish explorer Ruy Lopez de Villalobos who named the island Las Islas Filipinas after King Philip II of Spain in 1543.

The word Filipino with a 'P' or 'F' can be used interchangeably because the Abakada or the pre-Philippine alphabet F can be substituted with P. The development of the 28 letter Filipino alphabet in 1987 has a preference for the term Filipino.

Pilipino the language and the people are usually used interchangeably to signify the language or to represent people of the Philippines. Filipino together with English are the official languages of the Philippines. Both are used as a medium of instruction in the country’s school from elementary to college. The English language is also widely used in government and business transactions all over the archipelago. There is also a small number of Filipinos who speak Spanish and Chinese, making many Filipinos either bilingual or trilingual.

Correspondingly, the proficiency of the Filipinos in English makes communication easier and a breeze when you are in the Philippines.

The Filipino language is commonly portrayed as “Tagalog-based.” This can be attributed to the country’s history. It should be noted that Tagalog has always been the Manila language, where the seat of government and commerce lies from the Spanish to American rule. Additionally, of all the Philippine dialects, Tagalog has a rich and developed literary tradition where many authors write in Tagalog. Similarly, unlike the other dialects such as Visayan, Tagalog is not divided into smaller languages. As such, Tagalog is generally spoken and understood in all of the Philippines. 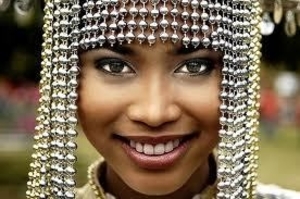 Additionally, there are 70 native dialects spoken all over the country. The following are considered the major dialects of the country: Bikol, Cebuano, Hiligaynon (Ilonggo), Ilocano, Kapampangan, Pangasinan, and Waray.

On the other hand, Pilipino also refers to the Filipino people and its culture. The Filipinos are descendants of the Australo-Melanesian people. With its prosperous trade and commerce, the Muslim traders, Chinese as well as Indians came to settle in the coastal villages. Thereafter the Spaniards ruled the islands for over 300 years, followed by the Americans until 1946.

From its historic past, it can be inferred that the Filipinos have a mixture of races in their blood. Almost all Filipinos are related to the Malays of Malaysia and Indonesia. There is also a fusion of cultures which produces a distinctive and colorful Filipino culture.

Filipinos are known for their hospitality with warm, friendly and welcoming attitude. They treat their visitors like members of their family. Another important Filipino trait is that of close family ties. This is owed to the fact that the Filipino society regards the family as its basic social unit.

Another noteworthy trait of the Filipinos is their respect for their elders. Filipino parents are accorded the highest respect in the family. Filipino children often consult and seek their parents’ permission before doing anything. Similarly, the parents do not tolerate children who would answer or fight back. You will notice that many Filipinos use the words po and opo as a sign of respect to the elders.

Pilipino, both the language and the people, coupled with its beautiful sea and landscape makes the Philippines a beautiful and interesting place to visit.