The Department of Tourism (DOT) on Tuesday officially announced that the 2018 World’s Strongest Man (WSM) would be held in the Philippines from April to May 2018.

According to DOT Undersecretary Katherine De Castro, the WSM is just one international event the DOT is planning to hold this year.

“We are expected to reach 470 million households in 70 countries,” she told reporters on the sidelines of the Aerosuperbatics Wingwalkers launch for the 22nd Philippine Hot Air Balloon Festival.

DOT Secretary Wanda Teo said the event would be held in Ilocos Norte's sand dunes, where WSM participants will be lifting a 4x4 vehicle, in Davao City to pull an airplane, and in Iloilo to pull a truck.

At present, the venue for the final round had not been decided yet, but Teo said the place for qualifiers were specifically chosen to promote emerging destinations in the Philippines. 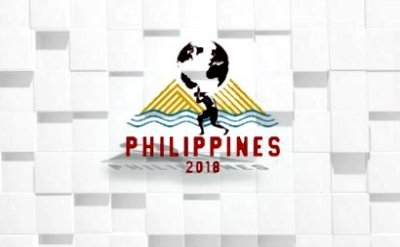 The WSM is an international event that features competing “super-human” athletes who continually push the human body past its limits.

The competition was established in 1977 and was first held in Universal Studios, California.

The island province of Cebu has been selected to host the 2019 edition of Routes Asia, the largest routes development forum in the region, the Department of Tourism (DOT) said.

DOT, in a press statement, said that UBM World Routes Brand Director Steven Small confirmed the news at the sidelines of this year's World Routes 2017 Forum in Barcelona, Spain.

Manila hosted the 2016 edition of Routes Asia, which brings together leading airlines, airports and their stakeholders to discuss air services to, from and within Asia.

It was attended by 1,200 international and local delegates composed of airlines, airports, tourism authorities and aviation data providers.

“We are very optimistic to witness the robust growth of Philippine aviation and tourism especially in Central Visayas with the huge opportunity that comes from hosting Routes Asia 2019 in Cebu,” Teo said in a statement.

“We are extremely excited to host Routes Asia 2019 and we hope to exceed the expectations and give a record-breaking experience that will highlight the province’s charm and hospitality,” Dicdican said.

Meanwhile, Teo said that a total of 482,196 additional international air seats will be brought in from January to December 2017 as a result of the agency’s aggressive air talks and negotiations last year.

A partial report released by the DOT-7 Central Visayas showed that Cebu welcomed close to 1.5 million visitors from January and April 2017, an increase of 4.16 percent from 1.43 million visitors during the same four-month period in 2016.

Cebu, with its flagship gateway Mactan-Cebu International Airport, is a major air hub with direct flights abroad and numerous connections to other major destinations in the Visayas and Mindanao. (PNA)