The Philippines has been chosen as the venue for this year's Conference of Parties (COP) to the Convention on Migratory Species (CMS), the only global intergovernmental treaty established exclusively for the conservation and management of terrestrial, marine and avian migratory species throughout their range.​

This was announced by Biodiversity Management Bureau (BMB) Director Theresa Mundita Lim during the launch of the logo for the 12th COP meeting, also known as COP 12, held at the Philippine Senate.

Lim said the COP meeting will be held at the Philippine International Convention Center in Pasay City on October 22-28, 2017, and will be attended by high-level dignitaries from more than 120 countries.

According to the BMB chief, the country's hosting of the CMS event will serve as an opportunity for the Philippines to showcase its important role as host to a number of migratory species in several of its coastal, marine, wetland and forest ecosystems.

"Birds, marine turtles, and marine mammals find it convenient to stop by our different host sites where they can feed and refuel before they continue on their journey especially during winter time,” Lim said.

She added that migratory sites allow the public, especially environmental hobbyists like bird watchers, to see such wildlife and appreciate the importance of conserving their habitats. 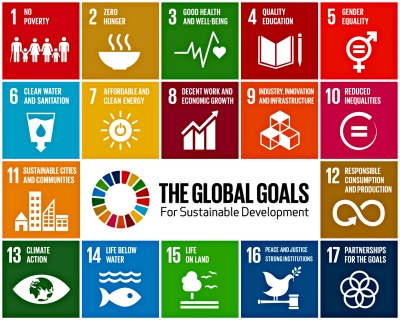 As part of the East Asian-Australasian Flyway, a substantial population of some 150 bird species find temporary homes in migratory sites in the country like the Olango Island Wildlife Sanctuary in Cebu, the Naujan Lake National Park in Mindoro, the Tubbataha Reef Natural Park in Palawan, and the Las Piñas-Parañaque Critical Habitat and Ecotourism Area in Metro Manila.

The Philippines also provides habitat to five of the world’s eight marine turtle species, and 28 species of marine mammals such as dolphins, whales and dugong.

The whale shark (Ryncodon typus), a known migratory species which also frequents the country’s waters, plays a centerpiece role in the logo designed by the BMB for the event.

The logo shows the whale shark as a composite of nine other migratory species and their habitats, rendered as a stylized tattoo.

The letter “O” in COP12 is portrayed as a color wheel signifying the 17 Sustainable Development Goals (SDGs), and underscoring how wildlife conservation plays a role in meeting them.

The bottom of the logo shows waves formed as a stylized hand reaching out to the whale shark, representing the role of people as stewards caring for the habitats of all species.

The conference theme, “Their Future is Our Future” completes the logo as an arc that highlights the connection between wildlife, the earth, and people in meeting the SDGs.

The general colors used for the logo are red, blue, and yellow to represent the Philippines as host country.

Also called the Convention on the Conservation of Migratory Species of Wild Animals, the CMS is an intergovernmental treaty under the United Nations Environment Programme (UNEP), providing a global platform for the conservation and sustainable use of migratory animals and their habitats. (PNA)FPV/PR-DENR/eds