Philippine Tourism to Receive $23-B in Investments

A hefty part of President Duterte's unparalleled public investments on his watch will be devoted to infrastructure servicing the tourism industry in keeping with his goal of transforming this sector into one major engine of growth to sustain the Philippines' momentum as one of Asia's fastest-growing economies.

Finance Undersecretary Grace Karen Singson said that under the Duterte administration’s National Tourism Development Plan (NTDP), the Philippines will have to invest $23 billion in tourism infrastructure between now and 2022, when the President’s term ends, to make the sector “not only sustainable and highly competitive in the region but also socially responsible to propel inclusive growth.”

She said that under the NTDP, the government has targeted to build as much as 2,620 kilometers of tourism roads over the next six years, from a baseline of 900 kilometers, which will require an investment of $2 billion.

“As many renowned tourist sites in the Philippines, such as the Banaue Rice Terraces, the Chocolate Hills and Mt. Apo require long road travel, the Tourism Development Plan has also included the upgrading and construction of access roads to tourism sites and tourism development areas,” Singson said at the recent 11thASEAN Finance Ministers’ Investor Seminar in Jakarta, Indonesia. 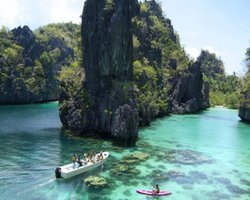 Singson, the undersecretary of the Department of Finance for Privatization and Special Concerns, represented Finance Secretary Carlos Dominguez III at the this forum of the Association of Southeast Asian Nations (ASEAN).

She said that as an ASEAN member, the Philippines can benefit from the regional bloc’s actions towards greater connectivity, especially in terms of air and sea travel, as well as improving travel facilitation, such as the full implementation of the ASEAN lanes.

“Moreover, the high level of intra-ASEAN tourism,” which accounts for 47 percent of visitors’ origin, “provides the opportunity to harmonize ASEAN tourism quality and standards that could be a precursor to a certain ‘ASEAN brand’ that the region could roll out to the global tourism market,” Singson said.

According to Singson, developing the tourism industry is integral to the Duterte administration’s 10-point socioeconomic agenda as this sector is the third biggest contributor to the country’s gross domestic product (GDP) that accounted for five million jobs in 2015, mostly in the areas of transport and hospitality services, representing 12.7 percent of the country's total employment.

She said the 10-point agenda provides for accelerated spending in infrastructure from 3 percent to over 5 percent of the GDP, “and we believe this will be a boost to tourism infrastructure."

“In the Philippines, we recognize the need to develop our tourism industry, as its importance to the Philippine Economy has grown. Tourism has become the third largest contributor to the Philippines’ GDP, after the trade and real estate Sectors. As GDP growth for the Philippines reached 5.2 percent in 2015, tourism accounted for 1.11 percentage points of the increase,” Singson said.

Singson said the government’s goal is to double the number of foreign tourist arrivals, increase tourism revenues by 90 percent and generate 14.4 percent of total Philippine jobs from the tourism sector by the time Mr. Duterte steps aside in 2022.

“With your support for our tourism infrastructure investment agenda, various reforms on the industry’s business climate, products, outreach, facilities and services, as well as, having the Philippines as one of your major tourism destinations, we look forward to working [with ASEAN] to reach these targets,” Singson said.

Singson noted that improving infrastructure and facilities tops the new government's concerns in the tourism sector because accessibility constraints pose challenges to travellers who plan to visit the most scenic places and other tourist destinations that are spread across this archipelago's 7,000-plus islands.

Hence, she said, the NTDP is anchored on major infrastructure development initiatives over the next five years that include the improvement of airports in 11 tourism gateways.

These would involve the rehabilitation, construction of access roads, and the expansion of capacity to service more domestic and international flights, she noted.

Singson said that in terms of attracting tourism investments the Philippines is promoting flagship Tourism Enterprise Zones (TEZs) “through master planning, provision of basic infrastructure and grant of incentives.”

Besides an infrastructure buildup, the NTDP seeks to pursue more initiatives to address these challenges, she said.

These initiatives include developing the country’s cruise industry, which saw an increase in port calls by 67 percent over the 2013-2015 period, she added.

The NTDP, Singson said, includes the development of the “Turquoise and North Triangles” covering the best cruise destinations in Northern and Central Philippines, and an international cruise port and marina in Manila, as well as the improvement of ports and ferry services in Central Philippines, the most dispersed section of the archipelago.

The NTDP also aims to upgrade land travel to reknown tourist sites and provide facilities to ease travel, which would include the implementation of an advance passenger information system, electronic visa and visa-upon-arrival processing, new air services in international gateways and, the simplification of port immigration and quarantine policies, Singson said.

Singson added that the NTDP also aims to improve and harmonize service standards in the industry as well as enhance human resource capacity by, among others, providing grants for tourism skills development, upgrading the curriculum and quality of tourism courses, and the implementation of the Star Rating System.

“At the same time, we also see a great potential for cooperation in this area with our ASEAN partners that lead in terms of tourism in the region,” Singson said. She said the ASEAN Mutual Recognition Agreement (MRA) on tourism professionals, which has been signed by all 10 ASEAN member states, would allow the Philippines and its fellow members in the regional bloc to share best practices and skills to further improve their respective tourism industries. (DOF)