A number of essential works in pre-colonial Filipino art selected from both public and private collections in the Philippines, Europe, and the United States, will be featured at the world-famous Musée du Quai Branly in the heart of Paris, the world’s cultural capital.

Entitled “Philippines: Archipel des échanges (archipelago of exchanges)," the grand exhibition will be hosted by the Musée du Quai Branly in collaboration with the Philippine National Museum, the Bangko Sentral ng Pilipinas (BSP) and the Ayala Museum, and will run from April 9 until July 14, 2013.

This was the theme of the press conference held previously at the Ayala Museum in Manila, organized by the French Embassy Manila, and attended by a host of government officials led by Senator Loren Legarda, Secretary Ramon Jimenez, Foreign Affairs Undersecretary for International Economic Relations Laura Del Rosario representing Foreign Affairs Secretary Albert F. del Rosario, and officials from the Department of Foreign Affairs, National Museum, Metropolitan Museum, and BSP. The occasion was also graced by the diplomatic corps, media, cultural groups, private collectors, and members of the academe, as well as art and linguistic groups. 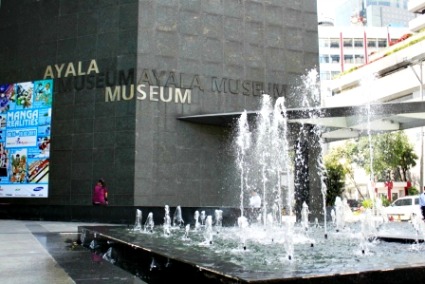 Stéphane Martin, President of the Musée du Quai Branly, and Madame Constance Monbrisson, co-curator, flew in from Paris to join the press conference. The Philippine co-curator, Corazon Alvina of the Metropolitan Museum also joined the event.

Undersecretary Del Rosario thanked the relevant Philippine government agencies and the French government for organizing the exhibit and underscored the important role of culture in strengthening relations and unity among nations. She also briefed the public on the parallel activities on Philippine ethnic dances, songs, film-showing, demonstration of Philippine cuisine, all already in the pipeline to add color and charm to the exhibit.

The Quai Branly Museum is among Europe’s premier museums dedicated to the arts and civilizations of Africa, Asia, Oceania, and the Americas, housing a collection of 400,000 objects, 700,000 photographs and 3,500 artworks on permanent display.

During the visit to the Philippines last October of French Prime Minister Jean-Marc Ayrault, a bilateral agreement for the loan of Philippine artifacts was signed during a reception hosted by President Benigno Aquino III. (DFA)