The Philippine Islands Hailed as ‘Country to Explore’

The Philippine Islands were recently cited as the “country to explore” by Ireland’s leading newspaper, The Irish Times.

The daily broadsheet based in Dublin, Ireland, said the Philippine Islands’ pristine beaches and first-class diving sites were the main reasons the country was chosen over other well-known tourist attractions in the region.

In an article published in The Irish Times' January 8 weekend supplement entitled “What’s Hot,” writer Alanna Gallagher was all praises for two “stand-out yet accessible” tourist attractions to visit in the Philippines: the islands of Cebu; and Boracay island in Malay, Aklan.

“It (Cebu and Boracay) offers first-class diving and beaches like Thailand had 20 or 30 years ago before it was over-developed,” Gallagher’s article read.

With these distinctions, aside from many other more tourist attractions to see and experience, Gallaghar says, “the new country to explore in Asia is the Philippines.”

The Irish Times, which was established in 1859, is Ireland’s quality daily newspaper with news reports coming from throughout Ireland and from a comprehensive network of foreign correspondents, as well as sports and business coverage, features and arts sections, lifestyle, jobs and property. 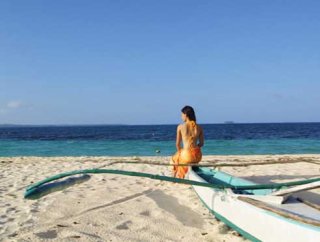 Each issue contains well-informed background analysis and assessment of the events of the day, and diversity of debate in the daily opinion columns.

Alanna Gallagher is a freelance journalist who contributes to publications such as the Irish Times and Sunday Times. She has also recently started her own weekly e-zine (electronic-magazine), The Weekly Edit, which gives Alanna’s top picks in fashion, beauty, interiors, and things to do that week.

“You’ve attended full moon parties in Thailand and roasted your bones in Denang on China Beach in Vietnam but the new country to explore in Asia is the Philippine Islands.

“It offers first-class diving and beaches like Thailand had 20 or 30 years ago before it was over-developed. Fly to Abu Dhabi and on to Manila.

“There are two stand-out yet accessible names to drop: the islands of Cebu; and Boracay. Cebu is where Portuguese navigator Ferdinand Magellan first planted the Cross of Christianity in the name of Spain in 1521.

“A nine-night package including seven nights BB at the five-star Shangri-La’s Mactan Resort and Spa (on Mactan Island just off the coast of Cebu) and two nights, room only four-star Park Lane Hotel, Hong Kong costs €1,679pps. This price includes return flights with Cathay Pacific via London and Hong Kong to Cebu and is valid from May 5th to June 16th through Trailfinders.” (PNA/www.irishtimes.com)