A Department of Tourism (DOT) official has said that tourist arrivals in the country via cruise ships could grow as much as 15 to 20 percent with the construction of a new international cruise terminal in Manila under the current administration.

“Our target is to grow by at least 15 to 20 percent when everything is in place,” DOT Undersecretary Benito Bengzon said in an interview.

Bengzon said the department does not have estimate on how the construction of the new terminal will directly impact the volume of overall tourist arrivals since 99 percent came in by plane and the remaining one percent came in through cruise ships in the past years.

He, however, emphasized that cruise tourism remains a priority as there is a greater interest in various ports for ship calls.

Last March, the DOT rolled out a National Cruise Tourism Development Strategy to attract the interest of cruise lines to visit the Philippines.

The plan identifies the Turquoise Triangle that links Manila, Boracay and Puerto Princesa and other cruise destinations.

Bengzon said that concerned government agencies have yet to map out a timeline for the construction of the terminal but it poised to announce updates sometime between Dec. 8 and 14.

The workshop will also tackle how to improve the shore excursions in the ports mentioned and review the policy framework to make it easier for cruise lines to call port in the country.

Last year, around 52 cruise ships called port in the Philippines carrying 69,802 passengers, which was 16 percent higher than the 60,183 passengers brought in by 40 cruise ships in 2014. 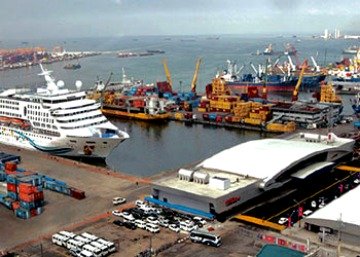 Around 6.5-million tourism-related jobs are expected to be generated by the tourism industry by the end of the current administration in 2022, the Department of Tourism (DOT) said on Wednesday.

DOT previously said that there are currently five million tourism-related jobs created this year and that an additional 1.5 million jobs will be generated to reach the 6.5 million target by 2022.

Teo further said that the same plan aims to bring up the contribution of tourism to the country’s gross domestic product (GDP) at 14 percent by 2022 from the current 8.2 percent.

“The NTDP aims to achieve higher level of contribution to the GDP at 14 percent by 2022 where overall revenue will be tripled to PHP922 billion for inbound tourism and PHP 2.95 trillion in domestic tourism expenditure,” she added.

She pointed out that at the close of the NTDP implementation, the agency also envisions that new destinations and products are developed, and new markets are identified.

In an interview, Tourism Undersecretary Rolando Cañizal said that the new NTDP is expected to be implemented by the first quarter of next year.

He said that for the NTDP to come full circle, the department and concerned agencies will have to fuel more investments to create more economic expenses for both foreign and local tourists.

“We need more tourism investment. There will be more than PHP1 trillion in investment for both public and private sectors,” Cañizal estimated.

While the previous administration was not able to fully implement the projects and programs under the NTDP, Cañizal expressed confidence that these will be carried on and completed in the current administration.

“The commitment of this administration is we will be implementing projects in infrastructure as they are scheduled. There will be projects that were already in the previous NTDP,” he added. (PNA) SCS/Azer N. Parrocha