Palawan is irresistible - even to the founder and executive chairman of the World Economic Forum (WEF), Dr. Klaus Schwab, who spent some time at the exclusive Amanpulo.

But the nature haven called Palawan has more to offer other than Amanpulo: it is known for the Tubbataha Reef Natural Park (a World Heritage Site for its fantastic coral reef colony located at the island municipality of Cagayancillo);

Online magazine Travel + Leisure listed El Nido’s Pangalusian Island---where chances of meeting turtles and parrot fish on top of a reef in Bacuit Bay are high---as the sixth out of the 27 Best Places to Travel in 2014.

So it would not be suprising when Governor Jose Alvarez reported in a recent Development Communicators Network (DevComNet) Meeting in Makati City that tourist arrivals in Palawan will hit the million mark this year.

To would be visitors, Governor Alvarez suggested to book ahead of schedule because catching a plane to Palawan and back to Mega Manila may be a headache during peak season (even the governor himself had a hard time getting a seat last April).

Despite these achievements and acknowledgements, Governor Alvarez thinks Palawan deserved more visitors than what it is receiving today because the province and its peoples' livelihoods rely on agriculture and tourism. 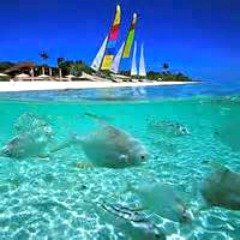 The governor said Palawan requires more roads and schools and the violent passage of Typhoon Yolanda (Haiyan) has also affected four municipalities and 52 barangays making it difficult for the province to push the needed developments to take place. One solution that Governor Alvanez could think of is maximizing the proximity of Malaysia.

If only the Department of Foreign Affairs would allow Palawan to put up an extension office in Kota Kinabalu—something Governor Alvarez had wished for---so the province can promote its gems and get a chunk of the 4. 5 Million tourists in that part of Malaysia.

Travelling between Palawan and Kota Kinabalu is easy.

Kudat, a resort town in Sabah, is 190 kilometers or three hours away by car from Kota Kinabalu.

But if passengers prefer flying, then they take regular flights from Kota kinabalu to Palawan and vice versa, Alvarez advised.

Currently, the Puerto Princesa International Airport has also direct links to other rest and recreation venues such as Caticlan, Davao, Cebu and Clark.

The airport served some 1.3 Million passengers in 2013 making improvements in its facility a necessity.

Right now the maximum number of passengers that the airport can deal properly is 350,000 per year.

The airport will undergo construction on the last quarter of 2014 to improve its capacity to handle flights and passenger loads.

The project is expected to be completed in 2017: by then, the airport may be able to handle 2-Million passengers a year. (LBR/Lyndon Plantilla/DevComNet/VSM)