When tourists picture Palawan, they imagine white-sand beaches, pristine waters and a diverse marine life. A travel firm however wants to add another feather in the island’s cap by tapping it as a go-to destination for history and heritage.

Rajah Travel Corp. on Tuesday expressed interest to aggressively position what has been cited as “The World’s Best Island” as a major historical destination, but it does not stop there — efforts to push for historical tourism will be done nationwide.

Aileen Clemente, Rajah Travel Corp. chairperson, said the firm began with Palawan two years ago to see if there would be a positive response among tourists and the public.

She said the firm wants to present Palawan as a key location in the defense and eventual liberation of the country during World War II, noting that this facet of Palawan has been “largely overlooked”.

"Today, Palawan is not only known for its Underground River and beaches. People are now going to the province for its historical and heritage tours,” Clemente said, adding that such tours will cater to all kinds of tourists -- from baby boomers all the way to millennials.

To date, Rajah Travel Corp, the provincial government of Palawan, and the city government of Puerto Princesa have redeveloped Plaza Cuartel, Iwahig Prison and Penal Farm as major historical destinations in the island. 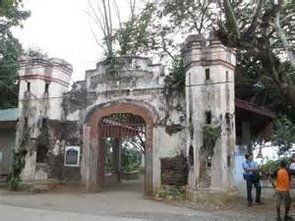 This year, the redeveloped Puerto Princesa Baywalk Park, which served as a seaplane base during World War II, has been added to the roster of historical spots.

More than 8,000 American and Filipino troops were involved in the liberation of Palawan, along with the Palawan Fighting One Thousand Guerrilla Unit. There were also 139 American prisoners of war who were found burned inside Plaza Cuartel.

"These places are reminders of the sacrifices they have done for our country. We are reclaiming lost pieces of history," Clemente said.

After Palawan, Rajah Travel Corp. will also be working with several cities in the country to do the same.

Clemente said that more market segments in the tourism industry will continue to be introduced as the country's tourism infrastructure continues to improve. (PNA)