Nobelang Pilipino, or Filipino novels, have been written throughout the history of Philippine literature by a famous Filipino writer in Spanish, Tagalog, and English.

Dr. José Rizal, created his own Philippine literature masterpieces in Spanish. Rizal’s novel Noli Me Tangere (Touch Me Not), published in 1886, and its sequel, El Filibusterismo (The Subversive), published in 1891, was attributed to a new patriot identification during the final years of the 19th century.

Claro M. Recto first gained a reputation when he published a book, Bajos Los Cocoteros (Under the Coconut Trees, 1911), which was a collection of his Spanish poems, while he was a student at the University of Santo Tomás.

He was the author of several plays, including La Ruta de Damasco (The Route to Damascus, 1918), and Solo entre las Sombras (Alone among the Shadows, 1917), that were praised in the Philippines and also in Spain and throughout Latin America.

Both of these plays were staged and heralded by discerning critics in Manila and elsewhere. 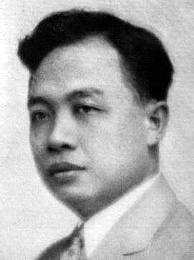 Jesús Balmori wrote three novels, namely, Bancarrota de Almas (Failure of the Soul), Se Deshojó la Flor (I Tear The Pages Out of The Flower), and Pájaros de Fuego (Birds of Fire) which was accomplished while the Japanese occupied the Philippines.

He explored several themes in his novels, including sexual desire, the privacy of ethics and morals, God's existence, and the limits of man in society.

He was eventually sent to prison for his participation in communist actions, although his writings criticizing social injustices may have been also partly to blame.

His most famous works, Mga Ibong Mandaragit, 1969 and Luha ng Buwaya, 1972, were recognized as exceptional and he became a National Artist for Literature in 1973.

In Tagalog literature, other Philippine National Artists for Literature have said that since the start of the 20th century, Francisco excelled as one of the best novelists.

Faustino Aguilar's Tagalog novel Pinaglahuan, is regarded by many as one of the top Filipino novels in the history of Philippine literature.

Published in 1907 and set in the early years of the American occupation of the Philippines, it tells a story of prohibited love as motivated by unforgiving social powers in an unclear early 20th century Manila social setting.

Nicomedes Márquez Joaquín (May 4, 1917–April 29, 2004) epitomized a Filipino journalist, historian, and writer, most famous for his Filipino novels and short stories written in English.

He is thought by many to be the most distinguished Filipino writer in English, and generally considered the 3rd highest literary genius after José Rizal and Claro M. Recto.

His novels, The Storyteller's New Medium - Rizal in Saga, The Complete Poems and Plays of Jose Rizal, and A Question of Heroes: Essays in Criticism on Ten Key Figures of Philippine History, pay tribute to José Rizal whom he admired intensely.