A new tourist destination is soon to operate this summer season which will offer quintessential fun for visitors and vacationers in Baler, Aurora.

“The Atlantis de Baler will introduce diverse sets of events this summer season which everybody will enjoy. It will kick off different events where the people will enjoy the nature-based adventures,” she said. 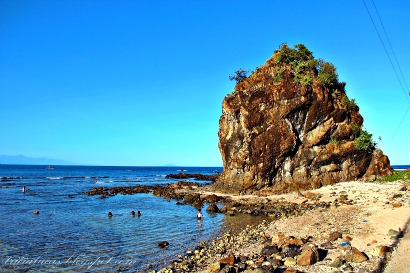 Meanwhile, the management of Atlantis de Baler has vowed to prioritize to give work to unemployed people of Baler and new entertainment to the local and foreign tourists.

Marvin dela Cruz, chief executive officer of Atlantis de Baler, said that he wants to help the municipal tourism in promoting the province through nature based adventures for the young and old.

Atlantis de Baler is located in the area between the river and beach facing the Pacific Ocean in Barangay Buhangin which is unusual compared to other amusement and recreational places.

Del Rosario said that through the municipal tourism office, Baler was featured in some television programs such as “Byahe ni Drew” – Andrew Arellano of GMA7; “Ang Pinaka Segment ni Roi Vilson”; Umagang kay Ganda of ABS-CBN: Solar TV-Something to chew”, UNTV, NET25 and the Office of the President.

“Through these programs, Baler was introduced and featured. They said that Baler is not only for surfing but also a great destination for a romantic for couple, family and friends, an ideal place for vacation and self-internalization. It is gifted with rugged terrains, mountainous landscape and beautiful beaches that make it a haven for nature lovers,” she said.

She also said that “if surfing is in your mind, Baler is the best place to see since it is also dubbed as the surfing birthplace of the country.”

Aside from surfing, there are still many things to do here like the white beach to bum at, rock formations to climb, and water falls to trek to and swim. (PNA) LAP/ZST/Jason de Asis/PS