The provincial government of Negros Oriental under the leadership of Governor Roel Degamo, has endeavored to meet its challenges marking gains that have significantly improved its local government posture to the benefit of its constituents.

At the same time, these would prepare the province as it goes through the transition period at which both Negros Oriental and Negros Occidental will merge as a one-island region comprising Region 18.

Already, some regional offices have opened their doors at temporary locations in the capital city of Dumaguete.

Gov. Degamo outlined his administration’s accomplishments in 2015 in his yearend report and press conference at the Capitol on Thursday.

“In spite of all the challenges, we were and are still able to achieve major accomplishments, thanks to the vast majority of the people and the different sectors and the stakeholders in the province, who are always supportive of the provincial government’s continued quest to attain a maximum development in the province in order to uplift the quality of life of each and every Negrense”, said Gov. Degamo.

The provincial chief executive had highlighted in his report that he would face the challenges as promised in the previous year, despite the obstacles that he had to face, most especially from his political detractors.

These awards, among others, are “testaments of the provincial government’s efforts to bring government services to the people and most importantly transparency in the various government transactions”, the governor stressed.

The monetary reward for both projects, totaling 14 million pesos, will be used for the improvement of the Bonawon to Calangag Road and construction of the flood control project along the Banica River in Dumaguete City, he added.

Health being a primary concern of the Degamo administration, this sector has marked gains that according to the governor he will strive to continue if he gets re-elected in the 2016 polls.

One accomplishment Degamo highlighted was the Department of Health’s official declaration of Negros Oriental as filariasis-free, after several years of fighting the parasitic disease, he added.

Also, the much-touted four-storey Central Block Building of the Negros Oriental Provincial Hospital (NOPH) is now in its finishing touches, with the provincial chief executive saying he is optimistic it will be ready for use early next year.

The project was clothed with controversy from other officials who questioned the 350-million peso loan of the provincial government to bankroll the building construction, but Degamo was unfazed by all this and pursued the project to date.

Another health program that Degamo consistently carried out despite criticisms from quarters opposed to his administration is the medical/dental/surgical missions aimed to bring these services to the people.

As of December 16, he reported a total of 54 medical/dental/surgical missions which benefited around 60,000 individuals in the province.

Compared to last year, this year’s medical missions were higher by six more and with almost double the number of beneficiaries.

On the side, the provincial government also managed to include the animal welfare mission conducted by the Provincial Veterinary Office which provided services such as deworming, vaccinations and artificial insemination of animals.

The governor also mentioned other projects to improve the livelihood opportunities of the constituents, such as animal dispersal program, specifically native animals such as chickens and goats.

Gov. Degamo also announced that his administration endeavors to make education available to all – “rich or poor, young and old”, providing support and assistance to programs and projects that would address the various needs and concerns of the education sector.

The scholarship program of the province has expanded its coverage to include poor and deserving students, which was only made available then for high school valedictorians and salutatorians, he said.

As of this year, a total of 1,038 beneficiaries of the Magdegamo Scholarship Program are enrolled in the different campuses of the Negros Oriental State University.

Degamo also mentioned that the province had supplied support and assistance to the different public schools, such as computers, printers, projects, tables and chairs, and even kitchen utensils.

Part of the Degamo administration’s priority programs is to provide livelihood opportunities and skill trainings to the people to enable them to land better jobs as well as improve their living standards.

This year, the Provincial Integrated Skills Training Center (PISTC) has recorded a total of 679 graduates from the regular training modules, such as automotive servicing National Certificate (NC) I and II, welding NC I and II, electrical and installation maintenance NCII, machining NC I and driving NC II courses.

Moreover, around 386 graduates have also benefited from 17 livelihood training programs conducted by the Technology and Livelihood Development Center (TLDC), which include dressmaking, fish, meat and poultry processing, commercial baking and cosmetology, among others. 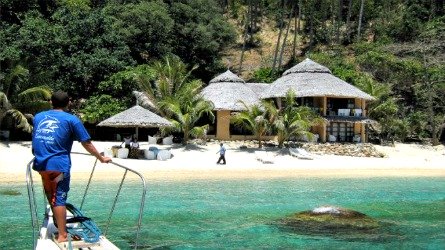 Amid mounting global concerns on climate change, the provincial government of Negros Oriental has earnestly implemented, adopted and designed different measures to help save lives and prevent destruction to property in time of calamity and other forms of disaster.

Negros Oriental is among the very few local government units (LGUs) which completed the ladderized course on Incident Command System, the governor disclosed.

“It is considered a rare feat – considering that we mainly used our local funds with the technical assistance of the office of Civil Defense (in) Region 7,” he pointed out.

Other accomplishments in this area for this year include the strengthening of efforts for disaster risk reduction through the Provincial Disaster Risk Reduction and Management Council, funding of trainings and activities on search and rescue, scuba diving and contingency planning for flood, among others.

This year also saw the provincial government adopting the disaster management and response in the development projects to become disaster resilient and geo-hazard compliant and therefore achieve a zero casualty during emergencies.

The province has continued to maintain its posture of being conflict manageable and development ready where insurgency is concerned.

The peace initiatives for an insurgency-free Negros Oriental, a goal which is close to being achieved as military sources say, resulted this year in the surrender of five former members of the New People’s Army (NPA).

The rebel returnees were processed and provided financial assistance from the government under its Comprehensive Integrated Livelihood Program (CLIP) for livelihood and for a fresh start in mainstream society.

To achieve its bid of making Negros Oriental conflict and insurgency free, the provincial government has strengthened partnerships with other sectors as well to bring peace and development to the province.

On criminality, Gov. Degamo reiterated that he had signed Executive Order 15-10 this year for the security forces to run after all forms of illegal activities and criminalities in the province.

Degamo commended the Philippine National Police (PNP) and other law enforcement agencies for “eliminating key personalities”, allegedly members of the armed groups in the province.

“We continue to attract both local and foreign tourists – through the major highlights of tourism activities in the province,” said the governor. These would include the Buglasan Festival in October and the Pasko sa Kapitolyo during the Christmas holidays.

The Pasko sa Kapitolyo is “the provincial government’s gift to the Negrenses so that families will have a place to enjoy during the Christmas celebration”.

The Pasko sa Kapitolyo, already on its 5th year, showcases the Capitol grounds adorned with Christmas decors that would “fill the nights with activities during the Yuletide season.”

What lies ahead: the newly created Negros Island Region

With what the governor believes to be a successful and thriving environment for the province’s economic growth and social development, among others, comes another huge challenge in the coming year.

Degamo was referring to the creation of the Negros Island Region (NIR) this year, that would separate Negros Oriental from Region 7 or the Central Visayas Region, whose creation President Benigno Simeon Aquino III had signed middle of this year.

Gov. Degamo was designated as the first regional director of the Regional Peace and Order Council (RPOC) of Region 18 or the Negros Island Region (NIR) while Negros Occidental Governor Alfredo Marañon was chosen as the Regional Development Council chair.

The accomplishments of the year that is about to end, according to Degamo, will help the province of Negros Oriental as it transitions to a new region.

Total and lasting peace and development in Negros Oriental cannot be accomplished by just one sector alone, said Gov. Degamo.

This goal is guided by particular sets of directions contained in Degamo’s program of government – Sa Probinsyu Ta, Magedamo that which focuses on the centerpiece H-E-L-P which means Health, Education, Livelihood programs and projects.

“It is my humble belief that if these three crucial components are made available to our constituents – our goal of having a peaceful and progressive community,” he said.

In ending, he thanked the men and women of the provincial government for their tireless effort to extend the best quality of service to the people.

He also assured the constituents that his administration will continue to do its best to implement programs and projects that are essential in attaining peace and development in Negros Oriental. (PNA)LAP/Judaline F. Partlow