Albay province and Fuefuki City in Yamanashi Prefecture, Japan will soon formalize a sisterhood accord for their respective world famous conical shaped volcanoes – Mt Mayon and Mt. Fuji. The agreement is seen as a major marketing tourism coup in the global travel industry.

Fuefuki City, in central Yamanashi, is home to the beautiful snow-capped Mt. Fuji, Japan’s holy mountain which straddles the border with Shiozuoka Prefecture. The city is ecology rich with more than half of its 202 sq. km area covered by forests.

An eight-member Albay delegation and officials of Fuefuki and Yamanashi, met March 7 at Hotel Hata in Fuefuki City and worked out the final draft of the pact.

Albay Gov. Joey Salceda will review the final draft before its ceremonial signing scheduled soon. He initially proposed the partnership last year in a letter to Yamanashi Gov. Shomei Yokouchi, noting the significant resemblance between the two volcanoes which are favorites of tourists worldwide.

He suggested the possibility of “partnership and collaboration, pooling of resources and expertise” between their local governments for tourism and other endeavors.

Salceda’s proposal immediately drew favorable and enthusiastic reaction from Gov. Yokouchi. Following the visit of a Yamanashi delegation in October last year, the recent Fuefuki City conference was held to finalize the agreement. 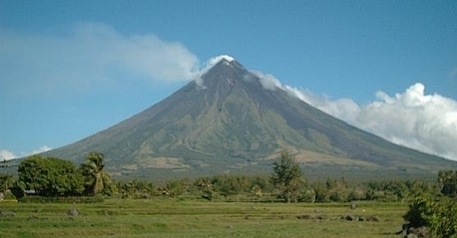 He said the Mayon-Fuji sisterhood brings about a “Fire and Ice” partnership that amounts to a “major marketing coup for the Philippines and the DOT, and there is no doubt Albay and the whole Bicol region will gain major boosts from this tourism alliance.”

“Fire” refers to the iconic image of the 8,000 feet high Mayon with its crater at the apex of its near-perfect cone-shaped frame, spewing fire, while “ice” pertains to the 12,000 feet tall Mt. Fuji that is snow-capped nearly all year round.

The two stunningly beautiful mountains are active volcanoes global tourists visit in droves. They are both surrounded by national parks and are magnets for tourists and mountaineers.

Mt. Fuji is a UNESCO Heritage Site, while Mt. Mayon is tentatively listed as such. Albay is also a UNESCO Biosphere nominee which will be taken up at the 4th World Congress on Biosphere Reserve in Lima, Peru next week.

Some 376,000 foreign tourists visited Albay last year. The province’s tourism has won international recognitions, among them, as winner of the 2015 CEO Challenge of Pacific Area Tourism Association.

Aside from tourism, Salceda said the sisterhood scheme also explores partnership in disaster risk reduction and climate change adaptation for which Albay has been a global model, as well as on education, agriculture, trade and investments.