Glennifer Duggay Perido representing the Cordillera Administrative Region in the prestigious pageant, will be the official Philippine representative to the 2014 Miss Tourism International pageant to be held in Malyasia this coming December.

As a true Cordilleran and Kalinga native, Perido has been wearing Cordillera and Kalinga inspired and designed gowns and accessories showing off the rich culture of the place.

Born in Laguna, Perido was raised in the mountains of Kalinga particularly in the municipality of Pinukpuk and studied at the Pinukpuk Elementary School and Saint Theresita’s Pinukpuk until third year high school. 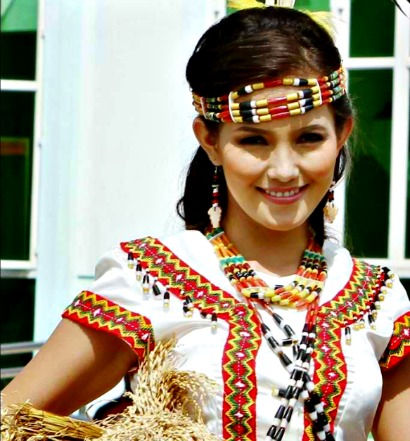 She went to San Pablo, Laguna to finish high school then took up nursing and became a registered nurse in 2010. She then returned to Tabuk City where she now resides

A daughter of an Overseas Filipino Worker, her ambition is to be able to help people without monetary exchange which is why she’s not considering working abroad to earn money.

Growing up in the province made her more appreciative of the beauty and bounty of nature that God has bestowed on Kalinga, that is why she fully advocates the utilization of renewable energy or green energy of the future.

“It is cost efficient and environmentally friendly. It doesn’t contribute much to greenhouse gas emissions, which is the main cause of climate change.