The Philippines' leading carrier, Cebu Pacific Air, is slated to launch a four times weekly service between Manila and Guam on March 15, 2016. Guam is the airline's first US destination.

CEB will be the only low-cost carrier flying direct between the Philippines and Guam. This expansion will see the airline offering its trademark low fares to the sizeable Filipino community in Guam, which currently comprises about 26% of the island's population*.

"Having Guam in our network sets us off on another expansion path across the Pacific. With the launch of Guam, we offer fares that are up to 83% lower than other airlines. Fares this low can only mean more tourists to both countries, more Filipinos visiting home, and more opportunities for everyone," said CEB President and CEO Lance Gokongwei.

Recent data show that the Manila – Guam route is relatively under-served, compared to other destinations with smaller Filipino populations. There are approximately 5,900 weekly seats currently available between Manila and Guam. CEB's entry into the market adds 1,440 weekly seats to this pool, boosting air traffic between the two countries further.

CEB kicked off the Guam route announcement with P2,500 all-in seats, available until seats last. These are for travel from March 15 to November 30, 2016. 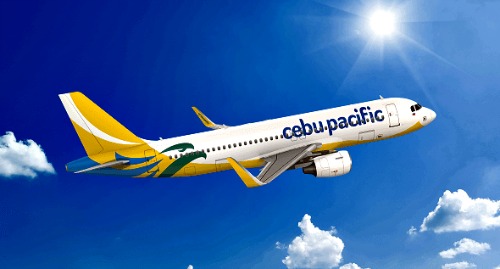 After the seat sale, CEB fares to Guam start from P7,197, which is still up to 40% lower compared to other airlines.

CEB's Guam route will operate every Tuesday, Thursday, Saturday and Sunday, and will utilize the airline's brand-new Airbus A320 fleet.

The Manila-Guam service will depart at 3:45am and arrive in Guam at 10:15am. The Guam-Manila flight will depart Guam at 12:30pm and arrive in Manila at 2:55pm. From Manila, passengers can utilize CEB's extensive network in the Philippines. Domestic destinations with excellent connections include Laoag, Iloilo and Cebu.

For bookings and inquiries, guests can visit www.cebupacificair.com or call the reservation hotlines (+632)7020-888 or (+6332)230-8888. The latest seat sales can be found on CEB's official Twitter (@cebupacificair) and Facebook pages.

Cebu Air Inc. is the largest carrier in the Philippine air transportation industry, offering its low-cost services to more destinations and routes with higher flight frequency within the Philippines than any other airline.​