The Brilliance of Mandaue City

The City of Mandaue is located on the central coastal plains of the province of Cebu, Philippines.

It is a suburb of Cebu City and was founded in April 7, 1521, when a “Cove of Cebu,” called Mandawe, was sighted by a Spanish expedition led by Ferdinand Magellan.

Historically, Mandaue got its name from thick, clinging vines known as “mantawi” which were abundant in the early times, even before the coming of the Spanish conquestadores.

During these times, the city, with its eastern and southern boundaries facing the Mactan Strait, was already referred to as the “merchants’ paradise.”

The major economic points within the area were already interlinked with several crude transportation networks.

Since then, investors and businessmen have favored the bustling metropolis, not only because it is the “Furniture Capital of the Philippines.”

Mandaue has a long history of commerce. It was once a busy port where merchants traded and conducted business. 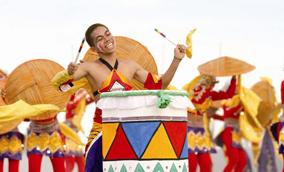 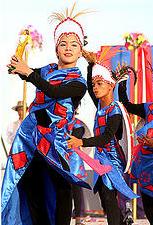 Today it is a modern metropolis with incredible energy, extraordinary entrepreneurs, and enterprising and talented people.

After clinching a business deal or planning to enjoy the beauty of the city at night, you can take pleasure in the dining and entertainment nightlife.

There are a number of fine-dining restaurants which cater to gourmets with international tastes. A variety of restaurants also serve sumptuous meals of local cuisine. For a wonderful gastronomic feast, treat yourself to the best chicken and seafood offered by restaurants along A.S. Fortuna Street. The culinary possibilities are endless. Cap the evening with a drink or two at the numerous bars and nightspots at A.S. Fortuna.

The name Mandaue is derived from the legend Mantawi, the vine that grew abundantly in the cove and its bay is called Mandawe. On April 7, 1521, high noon, Magellan first sighted a cove and its bay called Mandawe, upon entry to the island of Sugbo (Cebu) in search for food and supplies for his voyage back to Spain.

The Mantawi Festival is a rediscovery of the city’s rich cultural heritage. Its historical past affirms its present identity as a highly urbanized industrial center and a new tourism destination where arts and culture become tools for progress and prosperity.

The historical parade of street dancing and floats unfolds the history of Mandaue. Participants from neighboring cities, municipalities, companies, students, teachers and school officials from public and private schools and some government employees together perform historical presentations from its discovery in 1521 up to 2007. Mandaue City Government extends its celebration to other cities and municipalities in the region. Its street dancing contingent competition leads in presenting their festivals dancing the Mantawi beat.

The Mantawi Festival is a significant educational learning encounter. The dancers transform native delicacies, bibingka, budbud and tagaktak into dance movements, while broom and salt making are made alive as street dances. Some top corporations in the city will represent floats as they project a vibrant interplay of Mandaue as an economic hub today.

Using the music from the brass, dance and interpretation, the Mantawi Festival traverses centuries of culture to vividly recreate the history and heritage of Mandaue City today.

Mantawi Festival is made distinct from the rest of the festivals since this festivity focuses on cultural heritage tourism. It also showcases the area's pivotal role as a trade center and a seat of civilization.

Participants from all corners of the city will join in the celebration as they showcase its unique culture and interpret the city’s trading systems that became a tool for progress and prosperity.

Various contingents will overtake the entire city in a revelry of dancing and merry-making as the opening of the classy event kicks off every year in May.