A global cycling race will kick off in Ilocos Norte for a four-day bikathon that will cover Northern Luzon provinces from April 13-16.

Cayton said his group is fascinated with the province’s beach resorts and road networks particularly along the scenic Patapat Bridge in Pagudpud town, which is part of the trek.

“We are considering the degree of difficulty in this race. We have seen difficult terrains (in Ilocos Norte) that fit the race’s challenge,” he said. 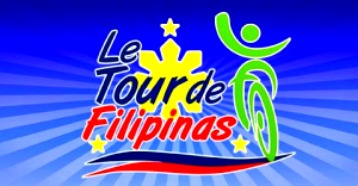 Cycling teams are expected to arrive on April 12 in time for the welcome ceremony at the Hannah’s Beach Resort in Pagudpud.

The Provincial Tourism Office (PTO) and Sports and Development Office (SDO) have been working out the race details with the event organizers.

Ianree Raquel, PTO head, said, the holding of international events in the province will continue to contribute to Ilocos Norte’s tourism industry and, in the process, create economic growth.

Le Tour de Filipinas (or the Tour of the Philippines), the official title of the bicycle tour, is the only Olympic body in Asia that holds cycling races.

Last year, Baler Ravina from the Philippine team won the race for a 4-stage tour which comprised of a 502 km distance per lap.

Stage 1 of the race is a 180-km ride from Pagudpud to Aparri. Stage 2 will be 200 kms from Aparri to Cauayan City, Stage 3 will be 104 kms from Cauayan City to Bayombong City and Stage 4 will be the 132-km climb on the so-called “Northern Alps” in the Cordilleras from Bayombong to Burnham Park in Baguio City.