Laban ng Demokratikong Pilipino, fighting for democracy in the Philippines

In Philippine politics, it is a very interesting topic to discuss and quite challenging to be a part of. While it requires a lot of time, connections, and money when participating in electoral campaigns, the world of politics remains a tough arena to survive.

There are various strategies that politicians utilize in order to win in the elections and sometimes the campaign could result in violent and deadly battles in isolated parts of the country.

When running for government positions the rule of a political party is to make sure that the candidates have enough funds to support their campaigns and political plans during and after the election.

The influence of the party also ensures that the votes are monitored and protected in all regions. To increase a politician’s chances of gaining political power within the government, he or she has to have a political party to back them up.

One of the most powerful political parties in the Philippines is the Laban ng Demokratikong Pilipino (Fight of Democratic Filipinos). The party is characterized by advocating the principles of democracy or social equality by representing ideas that are beneficial to the people at large.

One of the parents of Laban ng Demokratikong Pilipino (LDP), the Partido Demokratiko Pilipino (Democratic Party), supported the candidacy of the 11th President of the Philippines and the first woman to hold that office in Philippine history, Corazon Aquino and her Vice, president during the snap elections in 1986 along with another political party named Lakas ng Bayan. 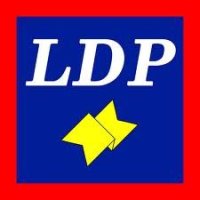 The Partido Demokratiko Pilipino eventually merged with LABAN (Lakas ng Bayan), a political party led by the late Senator Benigno Aquino Jr. The two parties were formed to one and later called PDP-LABAN.

In 1988, the party was split into two factions – one Wing under the leadership of the former Senate President, Aquino Pimentel Jr. and the other one under the former Congressman, Jose Cojuangco Jr.

Some of the most influential members of LDP have become successful either under the same party or after jumping to another party. Notable members in the past and present:

Gloria Macapagal-Arroyo - 14th President of the Philippines and currently a congresswoman representing the 2nd District of Pampanga.

Panfilo Lacson, Sr. – Senator and former Director-General of the Philippine National Police from 1999 to 2001.

Edgardo Javier Angara – the current LDP president. He served as President of the Senate of the Philippines from 1993-1995. He is currently serving his fourth term in the Philippine Senate.

Ramon Mitra, Jr. – Former Speaker of the House of the Representatives and former Senator. (Jade Sanchez)