La Union's Tourism, Economy to Pick up With TPLEX Completion

La Union hopes to cash in on the full-scale operation of the toll road project Tarlac-Pangasinan-La Union-Expressway or TPLEX this year.

The first section of TPLEx running to 49 kilometers up to Rosales had been in operation since April.

TPLEx connects the central and northern Luzon provinces to Manila through the Subic-Clark-Tarlac Expressway (SCTEx) and the North Luzon Expressway (NLEx).

The road linkages will reduce road travel from Tarlac to La Union to 45 minutes from 2.5 to 3.5 hours at an average speed of 100 kilometers an hour.

The third and last section of the tollroad from Urdaneta to Rosario, La Union province will span about 26 kilometers and would be completed by December 2015.

Nestor Rillon, National Economic and Development Authority Director for Region 1, said La Union’s tourism industry is expected to boom this year with the full operation of TPLEX which will extend all the way to Rosario town once completed.

NEDA has branded the tourism sector as one of the major growth drivers in 2013 and 2014 in the Gross Regional Domestic Product (GRDP) alongside manufacturing and construction.

Rillon said the faster travel time from Manila to Baguio and provinces in Northern Luzon will mean more tourism traffic for these areas. 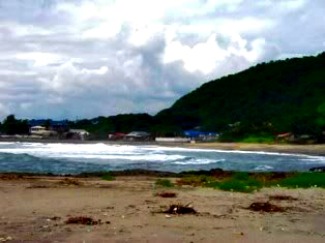 He said the traffic gridlock that motorists experienced during the holidays will be minimized with a better management.

With a shorter land travel from Manila and other southern provinces, San Fernando City hopes to catch a bigger crowd to its fast-rising Sillag (moonlight) Festival of Lights mounted every March of the year.

Rillon, however, said festival organizers must offer something more to tourists.

“We should think of other features of Sillag, improve the old feature and come up with even more extraordinary idea that would surely make the festivity more sustainable,” Rillon said.

Added to the festival events are the beaches in Bauang, San Fernando, and the surfing area in San Juan town which are tourist drawers during peak months and are also an inviting stop for foreign and domestic tourists.

Surf Break organizers should keep on improving the event as this would make a big leap to the La Union’s hotel and food businesses.

Rillon also noted other areas of development like the Poro Point business hub which sits beside the San Fernando bay.

A development plan includes a health and wellness program along the baywalk where people from all walks of life could spend their time walking, jogging, biking, or just simply sitting beside the beach for some down time.

Rillon said La Union is also tagged as an eco-adventure site with biking trails in the towns of Bacnotan, San Gabriel and San Juan which Senator Pia Cayetano, a sports enthusiast, recently discovered.

La Union’s signature products namely the Basi (native wine) of Naguilian, honey in Bacnotan, the Abel Bangar, buyboy of Bagulin, hand-carved furniture from Santol, Pugo, and Tubao are picking up in the local and tourism market, he added. (MCA/Miriam P. Aquino/PIA1 La Union)