Kalinga Philippines' Self-Identity is the Key to its Tourism Promotion

With its rich culture, history, nature and local industry, Kalinga has vast potentials to flourish as a tourist destination.

De Leon said to realize this, the people, through their local government, need to embark in promoting their arts and products.

He said that the key is the promotion of self-identity in all the tourism activities which should be seen not only in the traditional and cultural arts but also in the people’s products such as the one-town-one-product (OTOP).

He also said that a town could develop an OTOP which could build up the identity of the place as the owner of certain products like a certain variety of coffee blend, woven material or other handicrafts.

De Leon said that to make visitors stay longer in the province, the different towns should develop their own OTOP attraction identifying the town as the owner. 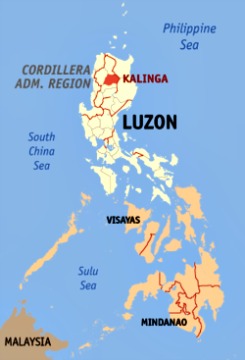 He said that they could opt to adopt the seven criteria of product value to entice tourists to come, stay, and return.

De Leon said that the first criterion is that the product should tell a story based on its origin and value among the people.

He said the people of Kalinga as a cultural community are known for their ecology-friendly products such as organic coffee and rice and this should be enhanced since it tells a story on the people’s way of life particularly on traditional farming.

De Leon said that the second criterion is the indigenousness of the arts and products of which the province could take advantage of because of its various cultural communities of which each has its own unique traditional practices.

He said that indigenousness could be manifested in the way a food is cooked, traditional architecture, arts and others.

"Authenticity is also important since the product must be real, the more authentic a product is the more valuable it becomes," he said.

"Uniqueness also puts value in a tourist attraction and one of these observed uniqueness among the Kalinga is how they play their gongs in sixes or more compared to other ethnic group gong players in the country, the Kalinga octagonal house, unique way of harvesting their palay, among others," De Leon said.

He said that another criterion of value is the historicity of a product or place such as the Aguinaldo Hill of Pinukpuk, Kalinga and other historical landmarks in the province that could have contributed to national history.

"The sixth criteria is the magnitude of the attraction," said De Leon as he cited the grandeur of the rice terraces of Ifugao and the long and winding underground river of Palawan which made them become world wonders.

"Tourists are also particular about excellence manifested by high standard products and services. In Kalinga, the high standard of the attractions could be seen in its being all natural and indigenous," he said.

De Leon said that aside from these seven criteria, visitors also look for security and cleanliness especially among service providers and their facilities.

He said that with Kalinga's potentials, the NCCA has identified the province as one of those to be promoted in terms of culture and for the promotion of peace and develop it as one prime destination in the country.

De Leon encouraged the people to help build up Kalinga to make it as one of the foremost advocate for cultural development and peace in the country. (JDP/Geraldine G. Dumallig-PIA CAR, Kalinga)