After being an instant hit among foreigners and locals since its launch in 2012, the ‘It’s More Fun in the Philippines’ slogan will stay, at least for now.​

“We will stick with ‘It’s More Fun in the Philippines’ but probably might have to come up with a new campaign slogan in the near future,” Department of Tourism (DOT) Secretary Wanda Corazon Teo said in an interview.

“Philippine tourism is now on the map because of ‘It’s More Fun in the Philippines’,” she added noting that it was among the agency’s strength she wanted to leverage on.

Teo said that like Jimenez, she would maximize the use of social media in terms of marketing since it had already been proven to engage more tourists to visit the country.

She also revealed that during her meeting with former DOT Secretary Ramon Jimenez Jr., she was encouraged to continue the successful projects already started.

Among them was the staging of big-ticket events such as Madrid Fusion Manila, touted as the biggest culinary event in the world. The event was first held in the country in 2015 and again this year.

The DOT chief also vowed to capitalize on marketing the Philippines in international travel marts such as the World Travel Market in London, one of the leading travel events in the industry.

“I will be needing the help of all tourism stakeholders. It must be a partnership between public and private sectors,” Teo said.

“I will reach out to them. We have to be united,” she added.

She said that she hopes to bring foreign tourist arrivals up to 10 to 12 million by the end of her term in 2022. 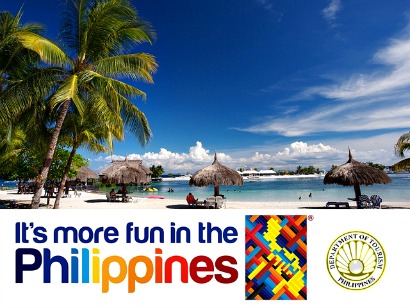 Picking up from where former Department of Tourism (DOT) Secretary Ramon Jimenez Jr. left off, newly-appointed DOT Secretary Wanda Corazon Teo said that like her predecessor she will also be looking at targeting 10-million tourist arrivals by end of her term in 2022.

“Since we have already reach the three-million mark, we will do our best to hit 10 to 12 million by 2022,” Teo said in an interview with reporters at the DOT office in Makati City on Friday.

In 2013, the DOT set its 10-million target on foreign tourist arrivals by 2016 but eventually lowered its target to 6.5-million.

DOT has not yet released official figures for the months January to May 2016 but data from January to April 2016 showed that there was a total of 2.07-million foreign tourist arrivals recorded.

This number is up by 14.25 percent versus 1.81-million foreign tourist arrivals during the same period in 2015.

Visitor arrivals, meanwhile, increased by double digit starting at 13.17 percent in January, 20.42 percent in February, and 11.86 percent in March. The biggest volume was recorded in February at 549,725 visitors.

Teo did not mention her target foreign arrivals by yearend.

Teo said that she will still stick to the department’s current slogan “It’s More Fun in the Philippines” for now, although admitted that she might eventually come up with a new campaign in the future.

She also said that like Jimenez, she would also coordinate with concerned agencies to improve roads, bridges, gateways, airports and seaports and develop new destinations in the country particularly in Mindanao.

“I’d like to focus on improving destinations in Cagayan de Oro, Davao, Davao Oriental, Surigao among others,” Teo, who herself hails from Davao, said.

For the next few days, Teo said that she will be meeting with travel and tour organizations, associations, local government units, hotels, resorts and the transportation sector to gain insights on what needs improvement in their sectors

The DOT chief said that her advantage was that she comes from the private sector, being owner of the travel agency Mt. Apo Travel and Tours.

Teo is also the president of the largest travel association in the country, the National Association of Independent Travel Agencies (NAITAS).

She, meanwhile, assured that she will look after the interests of travel agencies across the country, being a travel agent herself.

“When I was still a travel agent, I saw how online booking services have prevailed over traditional travel and tour operators; hence, we have to address this issue and come up with more competitive tour packages,” Teo said.

“We should come up with a ‘pricing summit’ that will bring together the accommodation, transportation, travel and tour operators together to standardize rate pricing of travel and tour packages,” she added. (PNA)Azer N. Parrocha/JFM