Influential international travel magazines, Conde Nast Traveller and Travel+Leisure, recently listed the Philippines as one of the hottest destinations for 2013

The Philippines was ranked 2nd by Conde Nast Traveller, which cited the country for having “7,000 of the most heavenly islands in the world.” Brazil topped the list which included Amsterdam, Congo, Galapagos Islands, Kashmir, Mayan Riviera of Mexico, New Zealand, Panama, and Oman.

“It's still not the most obvious beach-holiday destination, but it soon will be,” the magazine describes.

Travel+Leisure listed the Philippines as one of the 15 hottest destinations for the new year. “Boracay hogs the spotlight, but there are thousands of other islands to lure beach lovers,” the magazine cited. 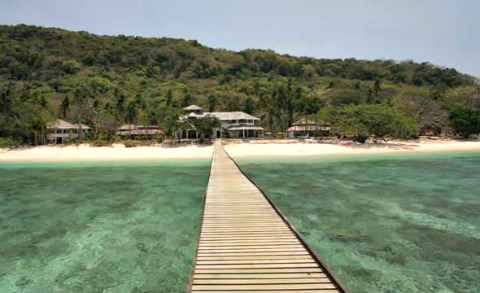 Also in the list are Bahia Ballena in Costa Rica; Basilicata in Italy; Puerto Rico; Minneapolis, Minnesota in the United States of America; Reunion, a French department in the Indian Ocean; Nepal; Charlevoix, Quebec in Canada; Uco Valley in Argentina; Zambia; Amsterdam in the Netherlands; Gold Coast in Australia; and Marseilles in France.

Asia’s leading hotel booking site, Agoda.com, named Boracay Island as the top destination for relaxation and third for nightlife based on its online survey with about 113,000 respondents.

“We would like to think these recognitions are a result of what we have painted. These are the fruits of a renewed confidence and enthusiasm for the tourism industry, as well as a result of our intensive promotional activities here and abroad.

It’s always nice to know that our country is being recognized for its beauty and hospitality of our people,” Tourism Secretary Ramon R. Jimenez Jr. beamed. These global citations coincide with the first anniversary of the It’s More in the Philippines campaign.

Tourism Secretary Jimenez further adds that 2013 holds a lot of opportunities for the development of tourism including the full implementation of new accreditation standards for hotels, resorts, and accommodation, as well as the various tourism infrastructure projects lined up from 2013 until 2016.