El Filibusterismo is the second novel written by Jose Rizal and it is the sequel to the 1887 "Noli Me Tangere."

Also known as El Fili in Filipino, the novel was published in 1891 in Ghent, Belgium. It was shipped to the Philippines via Hong Kong and many of the copies were confiscated before reaching the Philippine shore. 'El Filibusterismo' was thereafter serialized in El Nuevo Regimen in Madrid and translated into Filipino, other Philippine dialects, English, German, Japanese and French.

Set thirteen years after Crisostomo Ibarra, the main character in 'Noli Me Tangere,' left the Philippines, a mysterious jeweler named Simoun returns to the Philippines on board the steamer Tabo. The all powerful Simoun with his beard and his blue tinted eyeglasses is a friend of the Spanish government, being an advisor to the Governor General of the Philippines. On the outside, he is a good friend of Spain, but in his heart, he is planning revenge in opposition to the Spanish atrocities in the Philippines. This is for the reason that Simoun, who in reality is Crisostomo Ibarra, is fueled by revenge and his fixation to instigate a revolution against Spain and to rescue his beloved Maria Clara from the convent.

As the story progresses, Simoun meets characters which he will manipulate to achieve his end. His true identity is eventually discovered by Basilio while he visits his mother’s grave. Basilio is now a medical student under the patronage of Capitan Tiago. Simoun shows mercy to Basilio by sparing his life and by asking the latter to join his planned revolution. Basilio refuses the offer despite Simoun’s taunts about his family’s misfortunes. 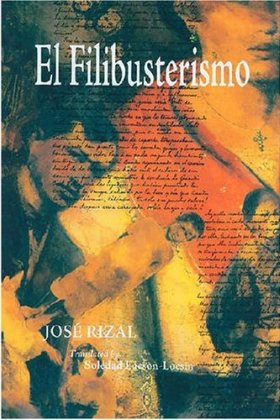 The jeweler also manipulates the band of bandits headed by Kabesang Tales, who also suffers misfortunes under the friars. Simoun also manipulates the Chinese Quiroga into smuggling firearms and weapons using his store as a front. Meanwhile, Basilio supports the establishment of a Spanish language school to help the students read and learn the language to the great opposition of the Dominican friars. Simoun is now gearing up for the revolution which he immediately calls to a halt, upon learning of the death of Maria Clara earlier that day.

The rejected students which fought for the establishment of a Spanish academy hold a mock celebration in a panciteria (noodle cafe) where a friar spy witnesses the event. Several of the students and Basilio are imprisoned notwithstanding the latter’s absence during the celebration. Conversely, Juli, Basilio’s girlfriend commits suicide after Padre Camorra tries to rape her. Basilio is left in prison while many of the students are released. Basilio is subsequently released with Simoun’s help, and after learning of Juli’s suicide he joins Simoun’s revolution.

Simoun eventually tells Basilio of his plan to exterminate the highest officials of the Philippines who will be attending the wedding of Paulita Gomez and Juanito Pelaez. The explosive is masqueraded as a beautiful kerosene lamp. Once out of fuel, it will be lighted again and will eventually explode. During the wedding, Simoun gives the newlyweds the lamp and leaves the reception early leaving a note. The note is later found out to be signed in the name of Crisostomo Ibarra.

With a change of heart, Basilio informs his friend Isagani about the plan. Isagani, being a former boyfriend of Paulita Gomez steals the lamp and throws it into the river. He also escapes by diving into the river while being pursued by the Guardia Civil. The note is left behind and it is confirmed by Padre Salvi that it was truly written by Ibarra.

Simoun’s real identity is discovered later on and he is pursued by the Guardia Civil. Being fatally wounded, he seeks refuge in the house of Padre Florentino, Isagani’s uncle. Simoun reveals his identity to the priest and has a discussion about the failure of the revolution. Simoun eventually dies and Padre Florentino throws his treasures into the Pacific Ocean with the hope that the treasure will surface once the nation truly deserves its independence.

El Filibusterismo shows the maturity of Jose Rizal as a writer. The novel, with its tale of revenge runs off from Noli Me Tangere’s central theme of love and martyrdom. El Filibusterismo, although more than a hundred years old still finds application in a society where tyrants and corruption reign.