Albay recently launched its Eco-Nautical Tourism Development Program, alternately referred to as the Blue Lane, tapping its rich marine and coastal resources and environment to complete the fourth package of its ‘I Want It, Albay It’ Tour Circuit offering

Toward this end, the provincial government has established the Albay Eco-nautical Tourism Office as the strategic flagship for its blue economy line. The office counts on the expertise of marine scientists, diving enthusiasts and island development specialists.

Albay Gov. Joey Salceda, speaking at the Blue Lane launching on March 23, said the program focuses on the oceans as ‘development spaces’ providing a substantial portion of the global population with food, livelihood and means of transport for 80 percent of world trade.

Salceda said the “marine and coastal environment constitutes a key resource for the important global tourism industry; supporting all aspects of tourism development cycle from infrastructure and the familiar ‘sun, sand and sea’ formula, to the diverse and expanding domain of nature-based tourism.” 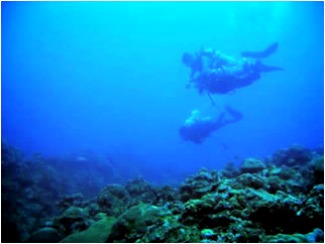 Tourism Assistant Secretary Benito Bengzon, who was guest at the opening of Daragang Magayon Festival last March 24, said Albay has emerged as the country’s tourism powerhouse, with its natural richness and strong sales pitch that brought in some 800,000 foreign and local tourists for an astounding 66 percent growth in 2013.

Bengzon attributed the impressive performance to Albay’s mesmerizing natural assets, direct connectivity with the international tourism market, and its “strong leadership which has successfully converged all the stakeholders to work in achieving one goal under one vision.”

During the recent Philippine Economic Briefing at the Philippine International Convention Center in Manila, Tourism Secretary Ramon Jimenez Jr. said his department is betting on Albay to lead the next big tourism wave in the country.

‘I Want it, Albay it!’ is the come call of the province for its four tour circuits of which the Blue Lane is the fourth. The three others are the Green Lane or Ecotourism with, among others, Danao Lake, Kawa-kawa, Sunflower farm, Legazpi Boulevard with Embarcadero, Lgnon Hill View Deck, Zipline, ATV Adventures and the Mayon Skyline;

The Gold Lane or Colonial Road, with the province’s old houses, parks and churches; and the Brown Lane or Silk Road with its Abaca, Pili candies and ‘Pasalubong Centres, and its ethnic culinary offerings and handicrafts. (PNA) CTB/ Johnny C. Nunez/rsm