The Department of Tourism (DOT) is largely counting on easy access to Eastern Visayas as the key to attain 3.23 million annual tourist arrivals by 2022.

“Tacloban is the region’s main gateway by air. It is served by three major airlines with a total of 96 flights per week from and to Manila, Cebu, Davao, and by next year Clark. Accessibility is a primary consideration for visiting a place,” Tiopes said.

The airport in the regional capital was ranked as the country’s 9th busiest in 2016 with 1.1 million inbound and outbound passengers.

“Please note that of the top 10 busiest airports, seven are international airports and we even have a higher volume of passengers than Clark International Airport,” Tiopes added. 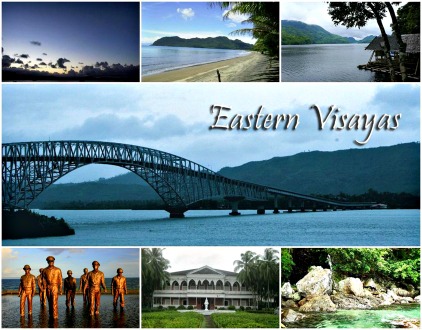 In Calbayog City in Samar, eight flights per week serve the Calbayog-Manila and Calbayog-Cebu routes. Ormoc Airport in the western part of Leyte has seven flights in a week to and from Cebu. Catarman Airport in Northern Samar has four flights a week from and to Manila.

Air connectivity between Cebu and Naval in Biliran, and between Maasin City, Southern Leyte-Cebu and Tagbilaran is made possible through Air Juan’s nine-seater aircrafts.

From April to June 2017 alone, the region’s 10 airports recorded a passenger movement of 642,701, according to the Civil Aviation Authority of the Philippines. This is due to the onset of summer season and long holidays during Holy Week.

In terms of access by land, Eastern Visayas serves as the vital link that promotes connectivity between Luzon, Visayas and Mindanao. Land travel from north to south pass this route via the Maharlika Highway, using roll-on roll-off ports in Southern Leyte and Northern Samar.

“With seaports located in various localities in the region, sea travel between Luzon, other parts of Visayas and Mindanao is also convenient,” the tourism official explained.

Tourism stakeholders in Eastern Visayas are eyeing at least 1.31 million to 3.23 million annual tourist arrivals in the region from 2017 to 2022 as outlined in the new development roadmap.

From a 6 percent to 7 percent annual growth target, stakeholders increased it to at least 20 percent annually for both domestic and foreign guest arrivals.

Of the 3.23 million projected arrivals after six years, 81,936 of them are foreign and 3.15 million of them are domestic.