Expedition cruise ships will drop anchor off the three picturesque and historical islands of Eastern Visayas in 2018, making the year as the busiest for the region’s rising cruise tourism, the Department of Tourism (DOT) announced on Thursday.

The tourism department said this is the first the region will be visited by high-end expedition cruise ships four times in a single year – March, May, June, and October.

“The fact that four ships owned by three cruise companies will be coming means they received good words about our destinations and hospitality of locals,” said DOT Regional Karina Rosa Tiopes.

MS Bremen, an expedition cruise ship owned by Hapag-Lloyd Cruises of Germany will make a stopover in Limasawa Island in Southern Leyte and Capul Island in Northern Samar.

Another cruise ship of the famed US-based Zegrahm Expeditions will also bring tourists to these two islands.

L'Austral, a cruise ship operated by the French cruise line company Compagnie du Ponant will make two stopovers next year in Cuatro Islas in Inopacan and Hindang in Leyte and Limasawa Island. 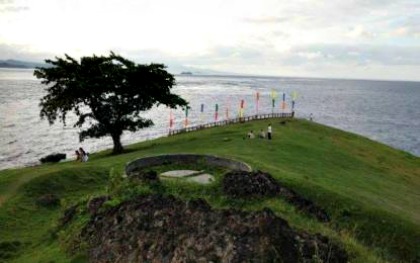 For the first time, Cuatro Islas will be included in cruise tourism.

“It is very difficult to convince these expedition cruises to visit islands in the Philipines because the basic requirements are excellent core products,” Tiopes said.

Unlike leisure cruises, tourists in expedition cruises are more interested in culture, history and immersion in the community, according to her.

She added that tourists are willing to spend a lot for “authentic experience,” prompting the tourism department to prepare local government units and communities.

“In Capul, we will take them to historical sites and let them experience coconut farming from climbing coconut trees to drying the nuts,” Tiopes told PNA.

Capul is known for the Acapulco-Manila galleon trade where a lighthouse was built on the island as a guidepost for vessels passing through the treacherous waters of San Bernardino Strait.

In Limasawa, tourists will visit the first cross planted by Magellan in Asia, learn how to write the traditional Visayan alphabet, and experience the tattoo artwork.

The island is the site of the first Holy Mass held 496 years ago. The said mass was offered by Portuguese world explorer Ferdinand Magellan that discovered the Philippines on its successful journey to the island.

In Cuatro Islas, stakeholders will prepare communities there to develop existing tourism products and come up with new ones.

The picturesque four small islands located off two towns in the southern part of Leyte have been considered as one of the region’s destinations for cruise tourism this summer. The islands’ pristine waters, white sand and being declared as protected areas are among their come-ons for tourists.

The first time the region welcomed a cruise ship was in February 2015 in Capul Island with about 100 tourists on board the Caledonian Sky owned by Zegrahm Expeditions. (Sarwell Q. Meniano/PNA)