Park Inn Davao is bullish in the growth of the mid-scale travelers market in the region.

“You need more hotels of this kind here,” says Geir Sikko, General Manager of Park Inn Davao. The hotel owned by SM Hotels and Conventions is the first Park Inn by Radisson hotel in the Asia Pacific region.

Sikko describes the mid scale market as somewhat a notch above backpacker tourists and below five-star travelers. He estimates that 60% of the world traveler market is of the mid-scale segment and is consistently growing particularly in the Asia Pacific Region. 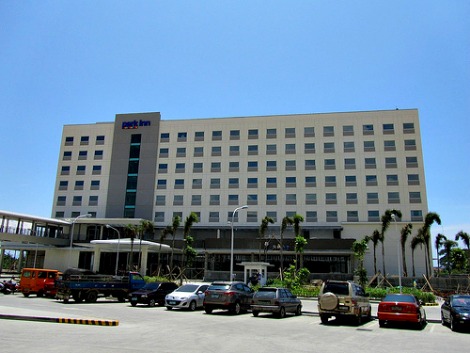 The hotel is described as vibrant and trendy known for international standard accommodations and very friendly service. Park Inn’s close proximity to SM Lanang Premiere allows guests to enjoy within easy reach the various culinary, entertainment and shopping attractions inside the mall.

Park Inn Davao by Radisson is a 204 room hotel of which 198 rooms are de luxe types with six junior suites. Located inside the SM Lanang complex its proximity to the SMX Convention Center, one of the largest convention centers in Mindanao the hotel hopes to attract business travelers particularly those coming in for MICE (Meetings Incentives Conventions and Exhibits) related activity.

According to estimates by Department of Tourism Region XI about 40% of visitors coming to Davao Region are MICE/business travelers.

The government along with tourism stakeholders are positioning the region and the city to become a top MICE destination with the availability of new hotels like Park Inn and convention facilities such as the SMX.

Park Inn Davao is currently on soft-opening and will be formally opened to the public this March 22. (PIA/Rudolf Ian G. Alama)