Eighty years ago on March 1, 1937, Davao formally became a city in an inauguration attended by then Interior Secretary Elpidio Quirino at the now Quezon Park, a prominent landmark located in front of the City Hall.

From the United States, the late President Manuel Quezon said the cityhood of Davao was "important in international trade" as it "brings realization to one of my long cherished plans of affording your city every opportunity to make great strides in its political, social, and economic development."

Quezon's vision was to make Davao a "progressive and model urban center."

Quirino administered the oath-taking of the first mayor of the city, Santiago Artiaga. The seven members of the first city council were also present.

The creation of the city was also seen as a reaction to the increasing number of foreigners gaining control over the municipality of Davao, among them Japanese businessmen who were instrumental in the vast development of lands into abaca plantations.

It was a political decision indicating that the locals were independent and capable of running a government of their own.

Local historians say the triumph that the people felt with the newly-earned autonomy was shown by their excitement to participate in the events prepared by both the newly-born city government and the private organizations.

The announcement from the government was specific -- for the Dabawenyos to come out on the streets and join the inauguration “in their best attire to witness, join and perform in their assigned roles...”

The parade ended at the San Pedro Street, exactly in front of the City Hall, according to Rufo. It is the city's oldest street, named after the equally oldest church in the city, San Pedro Church.

"There were only a few people then, and everyone knew each other," she said.

There were only about 68,000 people in Davao the time it was declared a city. Most of the residents of downtown Davao were immigrants from Luzon.

"The language predominantly used in Davao then was Tagalog because the residents were immigrants from Luzon," she said.

During the war in early the 1940s, it was said that the longest battle to liberate the country from occupation happened in Davao City -- lasting for six months until the surrender of the Japanese in 1945.

"Davao’s destruction, followed by a swell of thousands of guerrillas who wanted to squat on former-Japanese owned plantations, together with a deluge of sickly refugees from the mountains, added to the physical and economic problems of the city," an article on Davao history said.

The rebuilding of the city was aided by the deluge of war veterans and investors after the war. Davao gradually blossomed, its economic growth spurred by agriculture and trade - its lands becoming host to high-value crops that even these days, provided the people livelihood and employment.

"After the war, Bisaya became the lingua franca," said Rufo.

After eight decades, Davao City is now the center of trade and commerce in Mindanao. Aside from durian, cavendish bananas, pineapples, cacao, and orchid and tropical plants, Davao is also bursting with real estate development, manufacturing, and others.

For many, it is the city of great opportunities and the potential endless - even despite the diversity of its people's culture and tradition.

And it continues to soar high -- just like one of its icon, the Philippine Eagle.

Lemuel Ortonio, the chief of the Davao City Investment Promotion Center, said the city grew higher in 2016 with 38, 526 total business application compared to the previous year's 36,950.

He noted that Chinese, Japanese, and other foreign investors have expressed their intentions to pour capital and establish businesses in the city.

Davao City's partnerships with other local cities continue -- even reaching across borders with pacts with cities in Japan, Hawaii, Malaysia, Indonesia, Korea, and Taiwan. 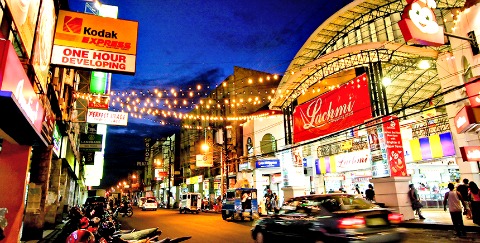 Davao City, the hometown of President Rodrigo Duterte, has also been widely recognized for trailblazing people development and welfare, economic growth, security, environmental protection, good governance and many other legislations that are being emulated across the country.

It is one of the safest cities in the world, consistently on top of the list of child-friendly cities in the Philippines, the most competitive city to do business, most gender-responsive LGU - and the list could go on.

Under 'Byaheng DO30: Our Trip For the Next Three Years', Mayor Sara intends to accomplish 30 projects and programs during her term.

The journey and the plight of the city and its people have always been celebrated with pride and great anticipation for more productive and better years ahead.

The late Gil Abarico, who served as Davao City Press Secretary, said the celebration is an "occasion for assessing and demonstrating Davao City’s capacity for growth and progress along economic, industrial, social and cultural endeavors."

Today, eighty years later, the celebration is about reconnecting to our roots and being proud that we are Dabawenyos.

Mayor Inday said the celebration of Araw ng Davao this year is a salute to the people, the history, the icons, the industry, the milestones that made Davao City a modern, multi-cultural melting pot of harmony and unity in diversity.

"On this 80th founding of Davao City, I call on the Davaoenos to stand tall, united, and resilient in the face of various challenges of the modern era," Mayor Sara said.

"Let this milestone remind us to be humble and mindful of the lessons of the past and inspire us to remain resolute as we rise together in unity and prepare for a brighter future ahead," she added.

Vice Mayor Paolo Duterte also said that this year's celebration is a "celebration of the dynamism, the strength and determination of the city and its people." (PNA) BS/LCM/pr/ldp