More Attention to Davao Airport as an International Gateway

​​The Department of Transportation (DOTr) is giving the Davao International Airport priority under the Duterte administration’s infrastructure program.

DOTr Undersecretary for Aviation and Airports Roberto Lim said the project tops the list under the Mindanao Integrated Transportation plan that he presented during the 8th General Assembly of the Davao City Chamber of Commerce and Industry, Inc. (DCCCII).

While they are doing it in a long-term plan, Lim said there is a need to improve the basic facilities immediately. These include a 24-hour wi-fi connectivity in partnership with the Philippine Long Distance Telephone Company (PLDT) at no cost.

"Maybe other private institutions can also look at this while the implementation of major works needs a longer time to process," he said.

He added that there are basic facilities that need to be improved immediately like the restrooms and push carts.

On the other hand, Lim said it is important to attract travelers to the airport and make it an international gateway.

Under Executive Order 29, series of 2011, he said the law is authorizing the Civil Aeronautics Board and the Philippine Air Panels to pursue more aggressively the international civil aviation liberalization policy.

Lim said under the Basic Philippine Aviation Policy, it has to have multiple carrier designation; the creation of liberalized hubs in points outside Manila; adoption of liberal charter regime for development routes.

It also defines incremental increases of third and fourth freedom traffic rights in the country’s main gateway, based on actual or potential growth in demand; and more liberal grant of traffic rights in developmental routes. He said there are 34 countries with capacity entitlements to/from Davao.

Among the Asian countries are Cambodia, Indonesia, Korea, India, Iran, Nepal, and Pakistan; in the Middle East are Egypt, Jordan, Kuwait, Israel, Lebanon and Libya. In America are Canada and Brazil.

Meanwhile, Lim said the airline industry is doing well and continues to pick up as indicated by the number of flights of the airline companies.

In summer this year alone, he said the Manila/Davao route by three carriers had 146 flights one way for a week with total seats offered at 85,960.

The Cebu/Davao route by two carriers had 72 flights or a total of 12,356 seats offered.

And single carrier to other routes from Davao-Cagayan de Oro, Davao-Bacolod, Davao-Iloilo, and Davao-Zamboanga with a total of one way flights at 24 or some 3,464 seats offered within the week.

He said the traffic of travelers can be improved further through mounting of events in destinations which the tourism sector had been undertaking in partnership with the airline industry. 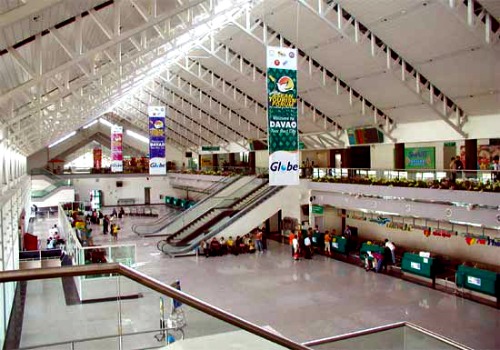 New rules regarding the deplaning of passengers of aircraft held at tarmac for at least two hours is expected to take effect mid-September 2016, a move aimed at addressing recent issues wherein passengers were held inside planes for long period due to flight delays and diversions.

A soft copy of Civil Aeronautics Board (CAB) Resolution 49, which the Department of Transportation (DOTr) said is expected to be published in a major daily starting August 31, 2016 was sent to journalists Tuesday and it states that air carriers "are under obligation to assure the comfort and convenience of passengers on board the aircraft, not only while in flight, but also during lengthy tarmac delays of any course, including flight diversions."

It explained that after consulting with the public and stakeholders, the Board decided to adopt certain rules that would cover all planes that are in the Philippines during the time of the delay or diversion "to mitigate passenger discomfort during such lengthy tarmac delays."

It requires the Pilot-in-Command (PIC) to deplane passengers if the aircraft has been at the tarmac for two hours.

"In no case shall deplaning of passengers exceed three hours for domestic flights and four hours for international flight, upon closing of aircraft doors or upon landing with the doors closed," it said.

However, certain circumstances were identified as reasons that are not covered by these rules, which include: when the PIC has determined that there is safety and security-related reasons, when the Air Traffic Control advised the PIC that deplaning passengers will disrupt airport operations and when the PIC receives an advice that the plane can depart within 30 minutes after the two-hour threshold period.

While the aircraft is at the tarmac, plane carriers are directed to ensure that the passengers have enough food and water, which will be given not later than the two-hour threshold "unless there are safety or security constraints that would preclude such service."

The carrier are also required to ensure that all flights have operable lavatory facilities, ready medical attention , and adequate resources to implement the plan, which should be coordinated with airport authorities.

If the passengers were deplaned, the aircraft carrier are required to ensure that the passengers are given "practicable accommodation", food and communication services.

A point person must also be identified by the aircraft carrier to answer queries from the passengers, who in turn should be updated of the situation.

The airlines should also make prior coordination with the authorities such as the Bureau of Customs (BOC) and the Bureau of Immigration (BI) of any deplaning or disembarkation procedures. (PNA)LGI/EDS/LAP/LCM/DIGNA D. BANZON/SSC/Joann Santiago