Creating sustainable communities in the Philippines

The Environmental Management Bureau (EMB) of the Department of Environment and Natural Resources (DENR) is proposing Palo town in Leyte to become an eco-town with the help of JICA and United Nations Industrial Development Organization (UNIDO) in cooperation with the Kitakyushu City Eco-town center, the first of the 26 eco-town cities in Japan.

Eco-towns, in a nutshell, Mr. Sato said, are places in which strict adherence to international clean standards are not only enforced, but are a way of life.

This means that all citizens, enterprises and industries living and operating in these towns can be seen (and do in fact see themselves) as stakeholders - they see that it is in their personal and professional interest to ensure compliance with clean standards.

The Japanese government established the eco-towns to counter the then-pervasive problem of waste management and to stimulate domestic growth in a sustainable manner that would not prove harmful to the environment, Mr. Sato said. 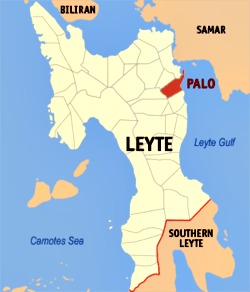 Zero emissions has as its basic aims the reduction of waste produced, including greenhouse gases, to nearly zero; the promotion of energy-saving measures; and close collaboration between different industries and administrative districts.

The facets of zero emissions that are incorporated into Creating sustainable communities include environmental management, resource recycling and urban planning, all of which can be carried out through the synergies between the aforementioned collaborative parties.

Existing eco-towns have many key features in common. Some of these are an abiding focus on environmentally friendly technologies and methods such as integrated waste management, the 3R methods (Reduce, Reuse and Recycle), industrial ecology, green consumerism and energy conservation; location in and/or close linkages with a large and growing eco-business market that is well developed domestically and extends internationally; a strong focus on research and development that extends to both public and private sectors, and which is focused on crafting cutting-edge solutions for environmental problems; and the abiding interest of both local and national governmental bodies to craft policy in support of these initiatives.

Moreover, the establishment of eco-towns can also satisfy developmental objectives and can aid in stimulating the economy, at both a local and a national level, as well as bring about significant research and development thrusts and provide employment for particular areas.

Thus, Mr. Sato concluded, it can be seen that creating sustainable communities is truly an initiative that works for the benefit of all concerned - even from a pure policy perspective.

Mr. Sato cited Kitakyushu Eco-town, a recognized pioneer in the worldwide environmental arena, having received key awards and distinctions for its environmental prowess, such as the Earth Summit 2002 Sustainable Development Award and inclusion in the U.N. Global 500.

In 2002, however, the city modified its plans to expand the coverage area to the 2,000-hectare Hibikinada area. Two years later, in 2004, the entire 48,500-hectare expanse of Kitakyushu City was formally covered by the project.

Kitakyushu used three distinct strategies through which it aimed to promote environmental industries. The first is basic human resource development. The second is the organization of experimental studies. The third and last is commercialization. The foundation explains that these three thrusts are isolated at present, but collaboration between proponents of each thrust, as well as between concerned parties, is to materialize in the near future. (PIA 8)