Nigel Mayes, vice president Commercial of Routes said over the past 12 months Changi has achieved some amazing results.

Susan Willis, marketing and analysis manager at UBM Aviation Routes, said Clark was chosen by judges for its “effective growth” in 2012.

“Your airport was voted for by the airline community together with a panel of industry experts drawn from the airline networking planning community where they considered your marketing services and effective growth over the last 12 months,” Willis said.

Clark International Airport Corporation President Victor Jose Luciano attributed the award to the “phenomenal performance” of the airport in terms of growth in passenger traffic and aircraft movement last year.

“Despite another challenging year for the global aviation industry, Clark Airport continued its march as one of the region’s fastest growing airports during the past four years,” Luciano added. 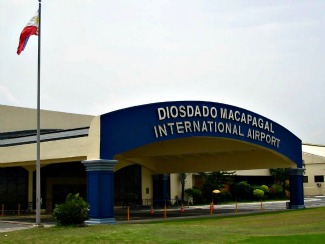 Clark is connected to the world as Dragon Air flies out of Clark to Hongkong; Cathay Pacific has routes from USA and Middle East to Hongkong such as Abu Dhabi, Bahrain, Dubai, Jeddah, Pakistan, Los Angeles, Francisco, Chicago, New York and Vancouver.

Luciano said 2013 promises to be an even bigger year for Clark Airport.

“The start of the new year brought with it new optimism and higher expectations. After signing an agreement with Clark International Airport Corp. (CIAC) during the second week of February,” he said.

Emirates announced that it has selected Clark as its second Philippine destination with daily direct flights from Dubai to Clark starting on October 1, 2013.

“Indeed, the entry of one of the world’s largest and fastest growing airline with connectivity to 132 destinations worldwide shall further boost Clark’s position as the next major international gateway not only in the Philippines but in the Asia Pacific region,” Luciano explained.

Emirates has an extensive global networks-- in Africa it has 22 destinations; Asia has 31 destination; Australasia, 34; Europe, 32; Americas 11; Middle East, 17.