Clark Airport one of Safest in PHL, says CAAP

Clark International Airport (CRK) is now one of the safest airports in the country, according to the Civil Aviation Authority of the Philippines (CAAP).

This was after CRK earned a citation from the CAAP for its compliance with the Civil Aviation Regulations (CAR) Governing Aerodromes and Manual Standards.

Alexander Cauguiran, president of the Clark International Airport Corp. (CIAC), said that the Aerodrome certification is vital to the operations of the CRK, indicating it has passed the international standards set by the International Civil Authority Organization (ICAO) and the CAAP.

In a related development, the CRK has been included in the Communications, Navigation and Surveillance Air Traffic Management (CNS-ATM) system of the CAAP. 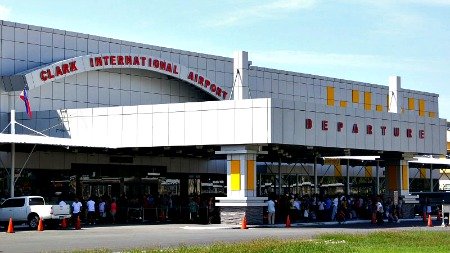 The CNS-ATM will improve the handling and transfer of information, extend surveillance and improve navigational accuracy. This will lead to, among other things, increased airspace capacity.

Cauguiran said “the integration of Clark Airport in the state of the art communications, navigation and surveillance air traffic management system will further enhance the airport’s capability to monitor the flight movements since more domestic and international airlines are expected to operate at Clark as part of the directive of President Rodrigo Duterte to utilize the Airport of the North.”

Cebu Pacific and other domestic and international carriers have also announced increased flights and new routes via Clark.

"Safety of our passengers is above everything for us at CRK, our compliance with international aviation standards and the inclusion of the Clark Airport in the monitoring system and coverage of the CNS-ATM makes us a lot safer as an airport," Cauguiran added. (PNA)LAP/ZST/MDDR