The Central Philippines Super Region is now a world-class tourist destination, thanks to the various projects which the government has implemented to develop and promote tourism.

The Central Philippines Super Region is now a world-class tourist destination, thanks to the various projects which the government has implemented to develop and promote tourism.

The super region comprises Regions IV-B, V, VI, VII, VIII, Camiguin and Siargao Island that derives its allure from its natural wonders, cultural heritage and the hospitality and warmth of their people.

These projects are consistent with the primary variables that drive tourism competitiveness including regulatory/policy framework, business environment and infrastructure, and human, cultural and natural resources that are based on the World Economic Forum’s Travel and Tourism Competitiveness Report.

In terms of regulatory and policy framework, the government has pursued tourism as an economic driver under the updated Medium-Term Philippine Development Plan (MTPDP) capable of attracting 3.27 million tourists, generating US$3.31 billion in visitor receipts and 3.99 million jobs, and contributing US$17 billion or 13.6 percent of Gross Domestic Product this year.

It also has formulated a comprehensive national strategy and sustainable management plan for tourism in the super region.

As with the whole country in general, visa requirements have been reduced and business processes simplified and government services improved in the area. 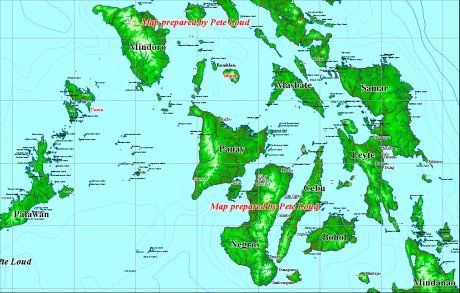 For example, processing time for business registration at the Department of Trade and Industry (DTI) has been reduced from 45-60 days to five days. Also, the Import and Export Application process was cut from four days to 30 minutes and the Environmental Compliance Certificate from 1 year to 20 days.

The Philippine National Police (PNP) has implemented the National TOP COP (Tourist-Oriented Police, Community-Oriented Police) to ensure the safety of foreign and domestic tourists and dignitaries.

Notably, a total of 179 tourist desks/assistance centers, or 60 percent of 297 such centers established nationwide, were established in Central Philippines through a memorandum of agreement among the Department of Tourism, Department of the Interior and Local Government and PNP.

The DOT developed tourism stimulus packages abroad to encourage travelers to visit the Philippines especially islands in Central Philippines. There are also 44 hospitals and health facilities in the country accredited for medical tourism. The country’s retirement industry is another potential growth area in tourism.

The government also has built transport and tourism infrastructures and facilities to support the industry.

Since then, there have been massive investments in tourism-related infrastructures in Central Philippines including airports, ports and roads, or the so-called primary transport infrastructures, connecting these to make key destinations more accessible to tourists.

A total of 42 costing P27.31 billion airports are being implemented in the super region, four of which have been completed including two new airports built to international standards. In addition, 35 airports are being upgraded across the region.

The Kalibo Airport in Aklan is being upgraded to international standards, although it is already catering to charter flights from China, Taiwan and South Korea.

The Caticlan Airport, another gateway to the world-famous Boracay Island in Malay, Aklan, is being developed by the Caticlan International Airport Development Corporation, a private company, through the Build-Operate-Transfer (BOT) scheme to the tune of P2.507 billion.

A total of 108 seaports costing P8.76 billion were constructed and rehabilitated by the Philippine Ports Authority (PPA) from 2001 to 2009, of which 96 have been completed and 12 are ongoing.

Alongside the PPA ports, the government also constructed 145 municipal ports costing P1.23 billion. Of this number, 107 port projects have been completed from 2001 to 2009 while 38 are still being constructed.

The government also promoted the expansion of the shipping industry and the Roll On-Roll Off (Ro-Ro) system through the Strong Republic Nautical Highway, which enabled tourists to visit the islands of the tourism belt super region and cut shipping costs of food and other goods by almost one-half.

Fourteen port projects costing P1.003 billion have been completed in the central super region as part of the nautical highway.

Another driving force behind the competitiveness of Central Philippines tourism comprises its natural resources, cultural heritage, and human resources.

The government has implemented programs to maintain and protect the central Philippines super region’s natural resources and cultural heritage as well as invested in education, health and other basic services to support the tourism industry’s need for quality human resources.

All of these efforts in the three primary variables to push tourism in Central Philippines have helped make the country a very competitive and resilient tourism market despite the downturn in the global tourism industry marked by declining tourist arrivals - 8.5 percent worldwide and 6.7 percent in the Asia Pacific region in 2009.

The country posted a 6 percent growth in tourists in the top 16 destinations the first half of 2009.

In 2008, data from the United Nations World Tourism Organization (UNWTO) showed that the country cornered 0.5 percent of 922 million international tourist arrivals and 0.3 percent of US$944 billion world tourism receipts.

In that year, foreign visitor volume reached 3.14 million compared to only 1.99 million in 2000. From January to September 2009, total local and foreign tourists in the country’s top destinations reached 5.2 million, a 17 percent increase from the 4.5 million level in 2008.

A windfall from this surge in tourism is the improvement in the economy of the central Philippines super region in terms of massive investments, more jobs and better lives for its people.

Recognizing tourism as a driver of economic growth, the President has ordered then as a follow through of her first SONA the revision of the country’s 2004-2010 Medium-Term Philippine Development Plan (MTPDP) to include tourism as one of its areas of focus.

For its part, the National Economic and Development Authority (NEDA) in January this year identified tourism as one of the "21st century industries" to be included in the legislative agenda of Congress because of their potential in boosting the country’s competitiveness.

As a prime example, Donsol town in Sorsogon, known as the "Whaleshark Capital of the World", has been cashing in on the development of the town's world-class tourist destination, wherein it used to be a sixth-class, sleepy, remote fishing village in the northwestern part of Sorsogon, but now a first-class municipality that derives the bulk of its revenues from eco-tourism.

Its major eco-tourism activity is whale shark watching and interaction that was already featured in Time Magazine in 2004 as the "Best Animal Encounter in Asia."

With the expected recovery of the global economy this year and the increasing demand for new and more price-competitive destinations, greater opportunities are expected for Central Philippines tourism. (PIA 6)