The country's hosting of the 31st ASEAN Summit and Related Meetings gave a big boost to the tourism and economic image of Central Luzon, particularly the Clark Freeport.

Local officials and businessmen said the ASEAN Summit of the regional member-states and their dialogue partners have opened opportunities to Region 3 provinces in terms of business and tourism.

Alex Cauguiran, acting president of Clark International Airport Corporation (CIAC), said the viability of Clark Airport was proven to national and international travelers and other stakeholders with the smooth and safe arrival of the ASEAN leaders and their dialogue partners.

Cauguiran said their aviation facilities such as runways, taxiways, and ramps are comparable to those of other airports here and abroad.

"Our runway, taxiways and ramps can accomodate various types of aircraft, including the biggest passenger commercial and cargo planes in the world. The efficiency shown by our airport employees in welcoming the arrival of foreign leaders and their aircraft from landing, taxiing, disembarkation and parking of their aircraft up to their eventual departure have shown our capability," he said.

Cauguiran said with the ASEAN dignitaries arriving at Clark Airport, they are expecting goodwill with foreign commercial airlines and more passengers flying to Clark, which would definitely boost tourism. 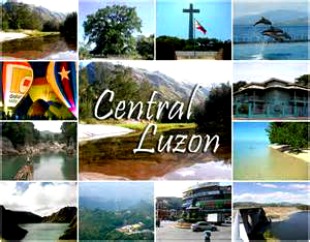 He noted that Clark airport, especially the freeport zone, continues to expand and improve existing facilities like hotels and places of interest, to address the challenges.

"Clark airport now is connected to major tourist destinations in our country -- Mindanao, Cebu, Palawan, Bohol, Panay, Batanes, Bicol, and others. These are commonly the final destinations of foreign tourists arrival in our country. Further evonomic activities and developments will surely benefit our province, our region and our country in general, " Cauguiran said.

For Noel Tulabut, communications division manager of the Clark Development Corporation (CDC), the country’s hosting of ASEAN Summit brings to fore the huge potentials of Clark on investments and tourism.

He said Clark Airport has also shown its readiness to become a premier gateway. "Its hosting of the landings of several heads of state has proven its compliance with global standards on aviation, security, service and many other aspects that make it at par with major and top-rated destinations in the world," Tulabut said.

He said the event brought in economic activities, some of which started as early as late last year.

Belle Manlapaz, an employee of one of the hotels inside Clark Freeport, said that since the country's hosting of the ASEAN Summit, some events of which were held in Clark, the number of visitors had significantly increased.

"The ASEAN Summit gave an opportunity for our province and the entire Central Luzon to show what we can offer," she added. (PNA)