The latest deliver brings the total number of aircraft in the Cebu Pacific fleet to 72. On top of the A321NEO, the Cebu Pacific fleet is comprised of 36 Airbus A320, seven (7) Airbus A321CEO, eight (8) Airbus A330, eight (8) ATR 72-500, and 12 ATR 72-600 aircraft. The ATR aircraft are used by its subsidiary Cebgo for domestic destinations where jet operations are not possible. 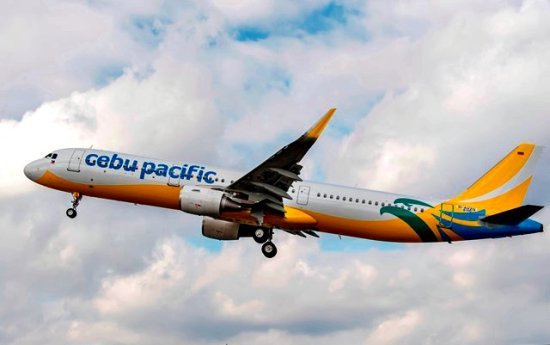 CEB boasts of one of the youngest fleets in the world, with an average fleet age of five (5) years.

With a capacity of 236 seats, the A321NEOs has 31% more capacity through the Airbus Cabin Flex (ACF) fuselage modification that allows for more seats without compromising on cabin comfort. The seats are ergonomically designed by world-renowned manufacturer Recaro with more legroom between rows. Each seat is also equipped with a USB port that enables passengers to charge their mobile devices inflight.

The Cebu Pacific A321NEO aircraft is powered by the Pratt & Whitney GTF™ engine, which has the ability to reduce fuel burn by 16 percent, to reduce NOx emissions by 50 percent and to lower the noise footprint by 75 percent.