Starting December 20, 2016, CEB will be utilizing this aircraft for flights between Manila and Hong Kong, making available over 9,800 available seats per week.

This upgrade reflects a 22% increase compared to the number of seats offered in the previous periods, which then allows CEB to maintain its position as the largest Philippine carrier operating the Philippines – Hong Kong market.

"CEB also takes pride as the only Philippine carrier linking Hong Kong to other cities in the Philippines, such as Cebu, Clark and Iloilo," says Atty. JR Mantaring, Vice President for Corporate Affairs of Cebu Pacific.

With this easy connectivity to such hubs, CEB aims to strengthen economic trade and tourism from one of Asia's largest financial centers to the Philippines.

This new aircraft, configured with 436 all economy-class seats, will join CEB's existing fleet of six A330s flying on long haul and selected regional and domestic routes. 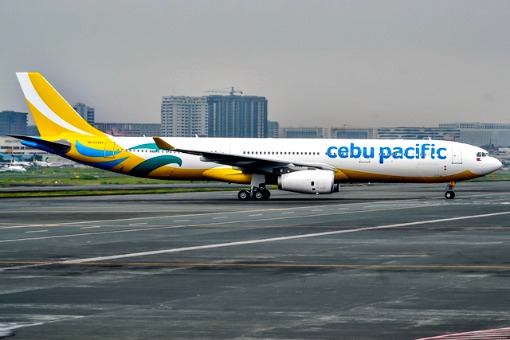 CEB continues to modernize its current 58-strong fleet of five Airbus A319, 36 Airbus A320, seven Airbus A330, eight ATR 72-500, and two ATR 72-600 aircraft to further expand its route network and frequencies all over the world.