MCIA T2 commenced commercial operations at 2:00am on July 1, 2018 (Sunday). CEB will join 21 other carriers with international flights to and from Cebu in the resort-themed passenger terminal.

In light of the transition of operations, the last inbound flight that will utilize MCIA T1 will be Cebu Pacific flight 5J 129 (Incheon-Cebu), with ETA at 1:40am on July 1, 2018. All other flights will utilize MCIA T2, with the following schedule:

Shuttle buses will be provided to transport passengers between MCIA T1 and T2 every ten minutes.

The new MICA T2 will boost the passenger capacity of the Mactan-Cebu International Airport to at least 12.5 million passengers per annum. 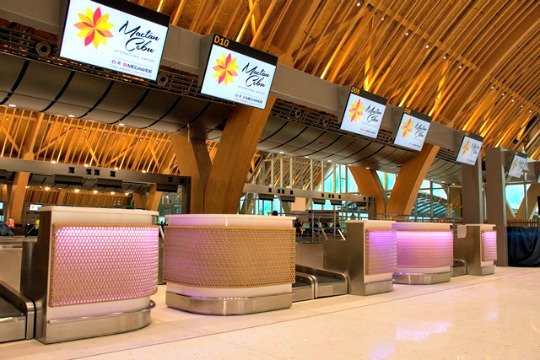 Cebu Pacific has signed an agreement with Switzerland-based IPR Conversions Ltd to convert two of its ATR 72-500 passenger aircraft into freighter planes. This will make Cebu Pacific the only passenger airline in the Philippines with dedicated cargo planes.

"We will be able to offer cargo capacity that no other carrier in the Philippines can provide," said Lance Gokongwei, President and CEO of Cebu Pacific, "With the freighter aircraft, we will further support the growing needs of the logistics industry, especially as the Philippines' e-commerce businesses expand rapidly and look for faster delivery schedules."

Cebu Pacific expects to receive the first of two converted aircraft in the fourth quarter of 2018. The cargo aircraft will continue to be operated through CEB's wholly owned subsidiary, CebGo.

IPR Conversions, based in Lausanne, Switzerland, is one of the leading ATR freighter conversion service providers in the world. The conversion of two of CEB's passenger ATR 72-500 aircraft into dedicated air freighters involves the installation of a large cargo door, allowing standard containers and pallets used throughout the aviation industry to be loaded. The aircraft will have space for seven (7) AKE Unit Load Device (ULD) containers; and can carry more than seven (7) tons of cargo.

Both aircraft will be converted at the facility of Sabena Technics DNR S.A.S. in Dinard, France. Sabena is one of France's leading maintenance and modification services (MRO) providers for both civilian and military aircraft.

This marks the first foray of Cebu Pacific in operating specialized aircraft to transport cargo. With a longer body to fit in more freight, an increased wingspan and more powerful turboprop engines, the ATR aircraft is ideal for expediting the transport of high-value and time-sensitive commodities such as marine products, computing equipment and even heavy machinery to various points across the country. It is suited to landing and taking-off in airports with runways less than 1.2 kilometers long—which is too short for jet aircraft.

Only about one-third of the 90 airports in the Philippines can land jets.

Cebu Pacific has about 50% market share for domestic air cargo, currently utilizing belly space of its passenger aircraft fleet. CEB's cargo services have grown considerably, with revenues growing 29% in 2017, to PHP4.6 Billion; and 26% in the first quarter of 2018, to PHP1.3 Billion.