This delivery is the second of the US$673-million order of 16 aircraft that was placed at the 2015 Paris Airshow.

The ATR 72-600, utilized by Cebgo (a wholly owned subsidiary of CEB), boasts of advanced avionics, improved performance in hot and high environments and enlarged cabin along with additional seating capacity. These added seats will help further lower unit seat costs enabling CEB to give its customers even more affordable fares.

The airline is modernizing its fleet to expand its route network and frequencies across the archipelago while continuing to support the Philippines' growing economy.

In a competitive environment such as the aviation industry, these new high capacity aircraft will allow CEB to reduce its fleet's fuel consumption and cost per seat while responding to the increasing demand for inter-island connectivity.

CEB will in fact launch on November 19 three new inter-island routes: Cebu to Calbayog, Cebu to Ormoc and Cebu to Roxas with its ATR fleet.

"This new addition to our fleet further forwards our commitment to provide for the growing travel trend while offering more competitive fares to our valued guests," said Alexander Lao, Cebgo President and CEO.

Cebu Pacific, and its wholly owned subsidiary Cebgo, generated a net income of P7.1 billion from January to September 2016, equating to a 99.6% increase from the P3.6 billion earned in the same period last year. 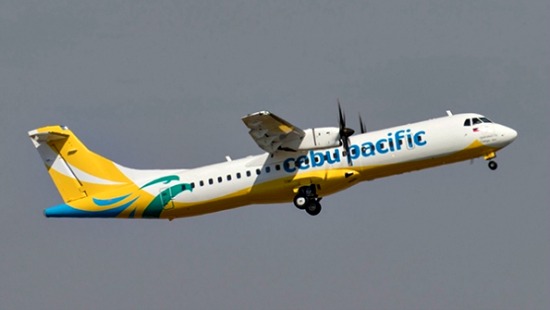 "Our current numbers testify to the ever-growing market we cater to. We are affirmative that CEB's network will only continue expanding from here on out. We look forward to offering our trademark low fares to even more passengers in the years to come," says Atty. JR Mantaring, CEB Vice President for Corporate Affairs.

Cebu Air, Inc. is the largest carrier in the Philippine air transportation industry, offering its low-cost services to more destinations and routes with higher flight frequency within the Philippines than any other airline. Its wholly owned subsidiary, Cebgo, currently offers flights to 24 Philippine destinations utilizing an exclusive fleet of eight ATR 72-500 aircraft. Cebgo has two strategic hubs in the Philippines namely, the Ninoy Aquino International Airport (NAIA) Terminal 4 in Manila and Mactan Cebu International Airport (MCIA) in Cebu.