Camotes Island has been chosen by the Philippine Department of Tourism (DOT) 7 as the new "iconic product” in Central Visayas.

As an iconic product, Camotes will be among the priority destinations of the DOT and will receive more promotion assistance from the department.

Roa said the Tourism Secretary asked recently all regional directors in the country to choose new destinations and deserve the support of the DOT.

”I saw Camotes for what it is worth,” she said, adding that the island could be the next Mactan or Panglao (Bohol).

Roa said that in developing the island, there is a need to upgrade facilities and infrastructure on Camotes to attract more investors.

Aside from this, the low number of available rooms for tourists should be addressed. There is also a need to train tourist guides on the island. To do this, the DOT will be working closely with local government leaders of Camotes.

”It doesn’t mean that Camotes Island will have to become a world-class destination in an instant,” Roa said.

Meanwhile, Rep. Ramon “Red” Durano IV, whose district includes Camotes Island, said the local leaders on the island have outlined a tourism development plan. He expressed support for the plan, which was recently presented to him. 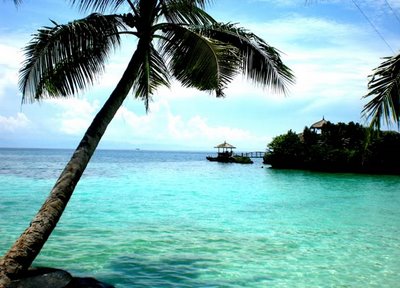 Under the plan, stakeholders of the tourism industry in Camotes will ensure that the island’s development will be planned and controlled.

Durano said he will establish a Camotes Island Tourism Information Desk at the Danao port.

This project, he said, is in collaboration with resort and hotel owners in Camotes, like Mangodlong Rock Resort and Santiago Bay Resort.

”The tourists can inquire from the desk about the ferry trip schedule, resort rates, tour packages and other services available on the island,” he said.

There is a roll-on, roll-off (RoRo) ferry service from the Danao port to Camotes. But Durano said air travel should also be available since sea travel is only viable when the weather is good.

The Camotes Island airstrip, Durano said, is ready to accommodate small aircraft and chartered flights. He added that should the influx of tourists increase, the airport -- now managed by the Mactan-Cebu International Airport Authority -- can be expanded.

Durano has authored a bill that seeks to declared more than 2,000 hectares in Camotes Island open to disposition for residential, agricultural, commercial, industrial and other productive purposes.

The bill already passed final reading in the House of Representatives, but a Senate version needs to be passed before the measure can be signed into law by the President.

If the bill is finally enacted into law, investors will be more confident to invest in the island since they can obtain titles to the land there, Durano said. At present, claimants of parcels of land in Camotes only have tax declarations, which are not considered proof of ownership.

Durano said infrastructure works -- like the concreting and opening of new roads -- are also ongoing on the island.

The congressman is also looking at ensuring the availability of electricity for some parts of Camotes.